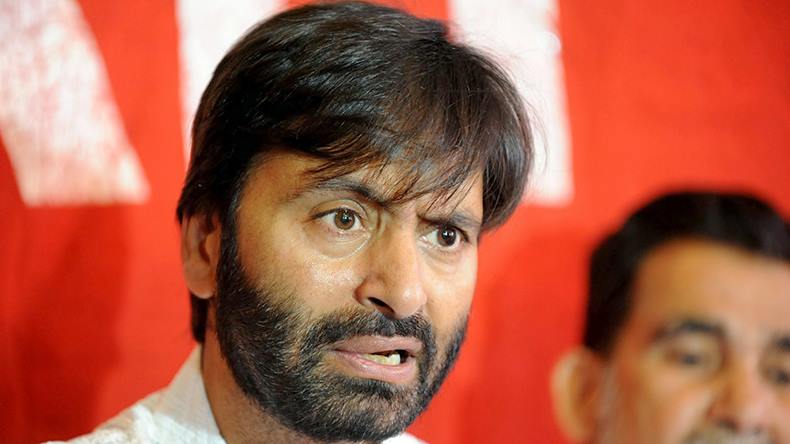 He was arrested by police on 28th May 2017 after his Tral visit and was lodged in Srinagar central jail on a five-day judicial remand.

“Court today granted bail to him after which he was released from central jail,” a statement issued by JKLF said this afternoon.

Malik had travelled to Tral after reports came that top Hizb militant Sabzar Ahmad Bhat and his aide Faizan Muzaffar Bhat were fighting armed forces during an encounter in Saimoo village of Tral on last Saturday.

Sabzar and Faizan died the fighting forces that day and Malik had visited the bereaved families as well before returning home that evening.

“Police recently arrested this innocent young man and has kept him in Kulgam police station,” the statement said.

Condemning the police “highhandedness”, JKLF appealed all human rights organizations to intervene and “save this innocent youth from this police wrath”.