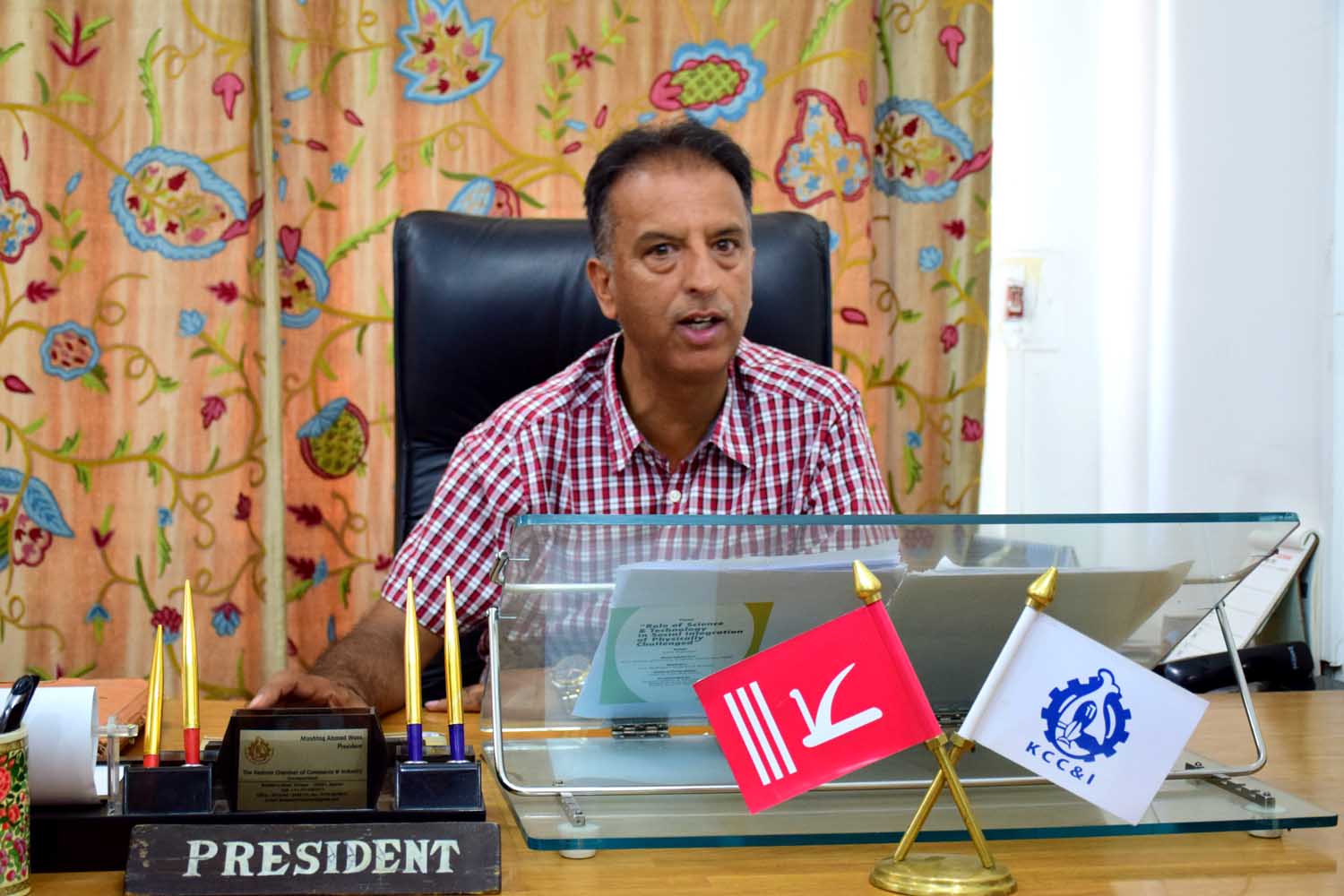 Srinagar: The Kashmir Chamber of Commerce & Industry (KCC&I) held a condemnation meet on Saturday here over the highhandedness and police assault on its President, Mushtaq Ahmad Wani, who was assaulted in Srinagar, yesterday when he was on the way for Taraweeh, special evening prayers in the month of Ramzan.

Condemning the highhandedness of police assault over its president, Faiz Bakshi, Secetary General KCC&I said, “we share our serious concern over such lawlessness where even the passersby are not spared.”

Seeking attention of authorities over such unfortunate incident he said, “we strongly urge the authorities to put a hold on the forces who are going unruly against the people.”

President KCC&I while sharing his details with FreePressKashmir said, “I had a narrow escape. My vehicle was badly damaged by the police personnel, followed by pointing of guns towards me that aimed to kill me”, he said.

While claiming the highhandedness of police, he said “it was scary, the police man had his gun cocked and was about to shoot me, but it was for mere providence that the gun yielding policeman’s attention got diverted by the call of  his fellow men who were around there.”

“How do common people know that an incident is happening somewhere. We followed the usual route towards home, but they raise their anger upon common people who were traveling thereby. If there was an operation going on,  they should have diverted the traffic to a different route,” he asserted.

“Forces should use maximum restrain and such incidents are unacceptable over common people,” he said.