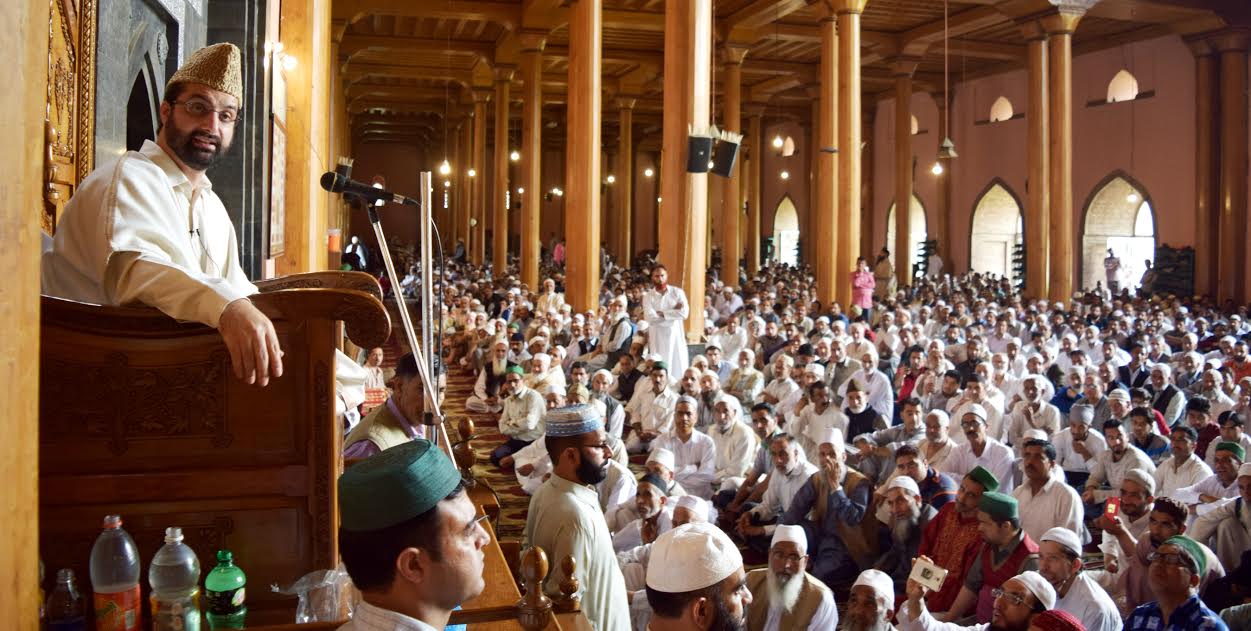 Srinagar: All Parties Huriyat Conference (APHC) paid rich tributes to three militants killed in a gunfight with the government forces at Bulbul, Nowgam.

A statement of the APHC read, “Muzaffar Hajam, Showkat Lohar, and Naseer Ahmed’s priceless sacrifices are a debt on the people of Kashmir for whom they laid down their life to get them out of oppression.”

An APHC Spokesman said, “It is because of the repressive policy and military outlook of the Indian state, their stooges and their agents in Kashmir that Kashmiri youth are forced to take the extreme step of taking up arms and getting brutally killed.”

The spokesman strongly condemned the ruthless beating of people at the hands of forces in Islamabad (Anantnag) and imposing the lawless PSA (Public Safety Act) on many youth there, terming it worst form of ‘state terrorism’.

While strongly condemning the arrest of Mirwaiz Umar Farooq by the authorities in order to stop him from offering funeral prayers (Nimaz-e-Janaza) of his uncle and holding him under continuous house detention, the delegation termed it un-ethical and dictatorial.