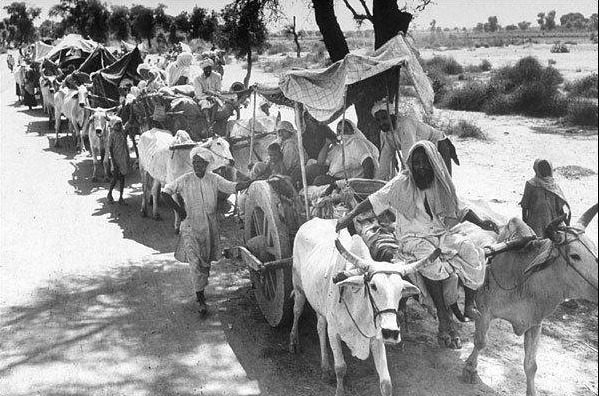 Months before the Muslims of Jammu would be massacred mercilessly, Srinagar hosted a secret meeting of Indian princes who decided to turn Poonch into the first slaughter ground ahead of making Jammu a mortuary for Muslims in November 1947.

Just three months before the systematic pogrom would reduce the Muslim majority Jammu to a Hindu majority region, a secret meeting of some non-Muslim rulers of Indian princely states was held near Srinagar. In that July 1947 meeting, Rajas and Maharajs along with RSS leaders from Amritsar devised a conspiracy to carry out a Muslim massacre in J&K, starting from Poonch where they expected a tough fight.

Years later, when the mad violence thawed, the secret Srinagar meeting—perhaps the making of the massacre—was alluded by Muhammad Ibrahim Khan, ex-President of Azad Kashmir, in his book, The Kashmir Saga.

That October had sent the Dogra Maharaja Hari Singh, his Durbar and his mourning Maharani packed from Srinagar.

Upon reaching Jammu, the fallen monarch’s queen decried the lost of the throne to Muslims in Kashmir and at once stirred the ‘massacre mood’. Other than Tara Devi’s laments, the defeat of Dogra army at Poonch and other parts of Pir Panjal had created a grudge against Muslims.

However, in that secret Srinagar meeting, the erstwhile Hindu princes in connivance with RSS had chosen Poonch for a reason.

In spring 1947, the Maharaja’s administration took over the erstwhile Poonch jagir — an area bordering the Rawalpindi district of West Punjab and the Hazara district of the North-West Frontier Province in Pakistan — under its direct control and imposed some taxes.

The brazen decree triggered an uprising in Poonch, which eventually led to the First Kashmir War fought between India and Pakistan, and the formation of Azad Kashmir.

“The mishandling of this agitation and use of brutal force by the Maharaja’s administration inflamed the passions, turning this non-communal struggle into a communal strife,” writes Saeed Naqvi in his book Being the Other: The Muslims in India.

At the heart of the revolt was the Poonch’s traditional Muslim military — 60,000 of whom had previously enrolled in the British Indian Army during the World War-II.

After the war, many of them – whom the Maharaja didn’t absorb into the State forces – retained their arms. The absence of employment prospects coupled with high taxation caused displeasure among them. “The Maharaja’s administration had not only asked all Muslims to surrender their arms but also demobilised a large number of Muslim soldiers in the Dogra army and the Muslim police officers, whose loyalty it suspected,” Naqvi writes.

“The Maharaja’s visit to Bhimber was followed by large-scale killings.”

Amid these happenings, survivors narrate the account of emergence of a completely new breed of aggressive Hindu leadership in Jammu.

But as August 15 and the partition of India drew near, writes Richard Symonds, a member of UN’s Kashmir Commission in his article ‘the Statesman’, Kolkatta, on 4 February 1948, there were meetings and demonstrations in Poonch in favour of Kashmir joining Pakistan.

“Martial Law was introduced and meeting fired on,” Symonds writes. “After one such meeting on August 27 in Nila But, Abdul Qayoom, a young Zamindar, started the revolt with few friends. Substantial men told me that they would never have joined such a rash enterprise but for the folly of Dogras who burnt those villages where only a single family was involved in the revolt.”

Rapidly, Symonds writes, most of the Muslim ex-servicemen joined Qayoom and in six weeks the whole district, except for Poonch city itself was in rebel hands.

When all this was happening, all Muslim leaders of Jammu province had been languishing in jails since 1946 or had crossed over to west Punjab, Zafar Choudhary, a Jammu-based journalist writes in his book Kashmir Conflict and Muslims of Jammu.

“In absence of any leader of consequence it is less likely that Muslims of Jammu would have organised themselves as one people seeking to become part of Pakistan,” Zafar writes.

“In fact, it was a political vacuum that exposed the Muslims to pulls in different directions and pressures of different kinds that they ended up in enormous loss.” Around this time the Hindus and some Sikhs and Jains had already come to Jammu in large numbers from Sialkot, Zafar writes. “The Hindus in Jammu, who were now fully supported by the right-wing activists drawn from Punjab and other parts of north India, nursed a feeling of revenge.”

The lull before the storm that prevailed in Jammu during months of developments in the neighbourhood finally broke in the first week of September with the killing of a Muslim herdsman near Panj Pir shrine and then a Muslim labourer somewhere near Kachi Chhawni in heart of the town.

“The former head of Jammu city police, Raja Sohbat Ali, a resident of Mirpur, was the next to be killed three weeks later,” Zafar writes. “Thakur Natha Singh, a police sub-inspector, who protested Ali’s killing was brutally murdered by the same people.”

Amid the bloodbath, some 5 lakh Muslims migrated from Jammu. During the same time, a migration started from Kashmir. 70 years later, the two migrations define the two treatments with the historic crisis…