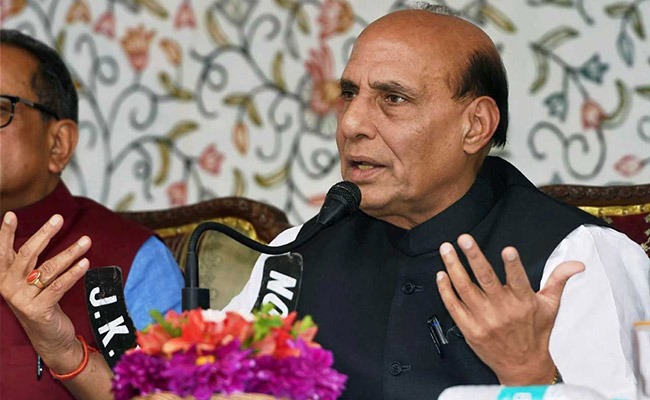 Jail authorities across India directed to ensure safety of prisoners

Srinagar: Union Home Minister Rajnath Singh has directed the jail authorities across India to ensure safety of prisoners and the jail inmates do not face any torture.

The announcement comes days after allegations of torture and abuse of Kashmiri inmates in New Delhi’s Tihar jail surfaced.

The Union Home Minister has taken the cognizance of reports about torture of Kashmiri prisoners in Tihar Jail New Delhi.

“The directions have gone to all jail authorities across India to ensure that prisoners do not face any torture and are treated humanely,” an official in the Ministry of Home Affairs said.

The official said that directions have also been issued to jail authorities across India to review the security arrangements in the high security prisons and taken necessary measures wherever needed. “They have been directed to ensure safety of Kashmiri prisoners as they remain vulnerable to attacks in outside jails,” sources said.

Atleast 18 prisoners were reportedly thrashed by the jail authorities including the Tamil Nadu Special Force, in high risk ward (C&F) at Tihar Jail.

The Union Home Ministry has also sought a report from the Director General of Tihar jail in the wake of the torture of Kashmiri inmates in the prison, leading to severe injuries.

The ministry has asked the Director General of the Tihar jail to submit a report as early as possible detailing the incident and the action taken so far.

“A prison is considered to be the safest place but the alleged incidents that have come to light put a question mark on it,” she said in a statement.

The mainstream parties and resistance leaders have also expressed concern over an attack on Kashmiri prisioners in Tihar jail.

Meanwhile, a Kashmir lawyers body said that a committee of High Court Judicial Officer constituted by Delhi Hight Court has confirmed that eighteen prisoners including Shahid Yousuf, son of Hizb chief Syed Salah-ud-din, were beaten by the prison staff “ruthlessly without any rhyme or reason” in Tihar jail.

ALSO READ:  Abuse of Kashmiri Prisoners in Tihar: Who said what

The lawyers’ body appreciated the concern shown by the Division Bench of Delhi High Court for describing the matter “very serious” requiring a “serious probe” and asking the Medical Superintendent, All India Medical Institute, to set up a Board for conducting the medical test of all the 18 prisoners, who were thrashed by the jail authorities including the Tamil Nadu Special Force, in high risk ward (C&F).