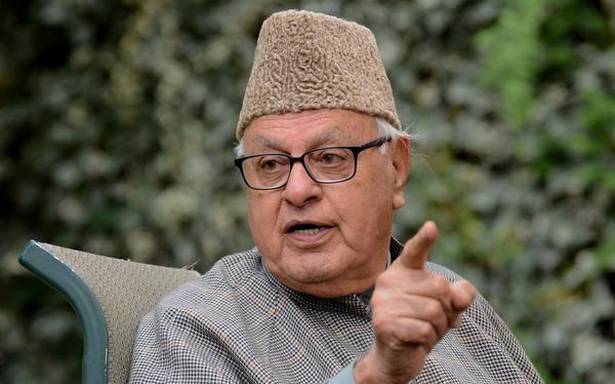 Srinagar: National Conference President Dr. Farooq Abdullah on Thursday said that United States’ move to declare Jerusalem as the capital of Israel is in contradiction to history and the sentiments of millions of Muslims across the world, including India.

In a statement, Abdullah also pointed out that India is obligated to oppose the move strongly and unambiguously.

The Member of Parliament from Srinagar, said the US move was unfair, unjust and oblivious to historical facts and also to the goal of reconciliation and peace in the Middle East.

Abdullah said the move has hurt the sentiments of Muslims all over the world and made the goals of cooperation and stability farther and harder to achieve.

“This announcement by the United States President is in contradiction to history and the sentiments of millions of Muslims across the world, including India. At a time when the world is grappling with instability and hostility, especially in the Middle East, an arbitrary announcement of this nature is fraught with the risk of alienating people and adding to the widespread sense of injustice”, he said.

Abdullah while strongly condemning the arbitrary announcement, said the global community is obligated to deliver justice to the people of Palestine and no responsible power should take any steps that would hurt sentiments centered around historical disputes and injustices.

“The Government of India is also obligated to strongly and unambiguously oppose this move in line with the country’s historical foreign policy stand that is committed to the people of Palestine in their quest for justice and peaceful existence and is also pivoted on the policy of non-alignment and objectivity,” he said.

“The condemnation from the Central Government should be unequivocal and we should take a stand in consonance with our values and our place in the comity of nations,” he said.

“India has traditionally and consistently supported the cause of the Palestinian people, and our Foreign Policy has always noted East Jerusalem as the capital of an Independent Palestinian State. A failure of the Modi Government to strongly reiterate this commitment and stand would be a great disservice to our country’s independent foreign policy goals and our commitments at the global stage”, the National Conference President said.