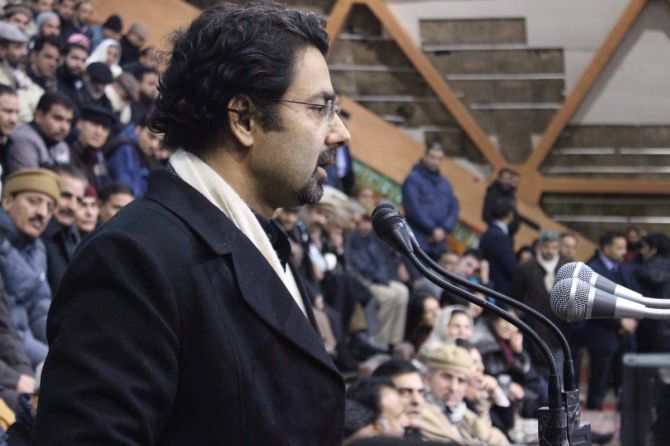 Jammu: Minister for Tourism Tassaduq Hussain Mufti today reviewed preparations for launch of publicity campaign by the Tourism Department to attract tourists to the State.

The Minister was informed that the department is working on various proposals related to publicity and marketing of JK’s unique tourism products. He was informed that besides planning various tourist attraction programmes, the department is working on the publicity strategies to reach out to the tourists across the globe for which online media is being used vigorously.

The meeting was informed that the department is planning to organize various events for tourist attraction, besides organizing festivals, bike rallies and other adventure sports activities.

It was given out in the meeting that the department has got produced various tourism promotion films and is screening these films in PVRs across the country.

Besides screening of the tourism promotion films, the Minister stressed for creating promotional films of different tourist places in the Jammu region for targeted audiences including Mata Vaishno Devi Ji, Basohli and Patnitop.

He said similar films can be got produced for niche tourist places of Kashmir. He also called for developing a tourist application to keep check on the demands and requirements of the tourists visiting the state, besides issuing an EoI to invite professionals for maintaining the statics of the number of tourist visiting the state annually.

The meeting was informed that the department has organized various tourism promotion road shows in Himachal Pradesh, Haryana, Chandigarh and Amritsar.

It was giving out that during these road shows department has received various tourism promotion proposals including creation of Shiva-Shakti Circuit between Jammu & Kashmir and Himachal Pradesh and holding of “Kashmir Food Festival” in Pinjore Garden Chandigarh.

The Minister was also informed that the department has got a proposal of making of Jammu and Kashmir theme state for “Surajkund Mela of Haryana” which is the largest international festival held for 18 days in which 28 countries and 30 states of the country assemble for tourism exchange programs and promotion of their heritage, culture and handicraft.

He stressed for taking measures to encourage locals as well as tourism department for opting paying guest facilities, besides providing training to the adventure sports lovers of the state.

The Minister sought coordination and cooperation among departments so that target achieving mechanism can be initiated. He also stressed upon concerned officials to work in synergy and enthusiasm to achieve tangible results on ground.