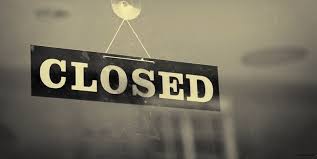 Cambridge Analytica, the data analytics firm which is in the eye of a storm for allegedly harvesting personal data without the consent of Facebook users, along with its British parent firm SCL Elections Ltd, has decided to shut operations immediately, a press statement released by CA Commercial said.

The company has blamed negative media coverage as a reason for it’s shutdown.

The company is also accused of using personal data of millions of Facebook users to sway the results of the 2016 US Presidential elections and UK Brexit referendum.

“Over the past several months, Cambridge Analytica has been the subject of numerous unfounded accusations and, despite the Company’s efforts to correct the record, has been vilified for activities that are not only legal, but also widely accepted as a standard component of online advertising in both the political and commercial arenas,” the statement said.

While denying any wrongdoing, the company said that it is the negative media coverage which has left it with no clients and mounting legal fees, thus forcing it to shut down operations. “Despite Cambridge Analytica’s unwavering confidence that its employees have acted ethically and lawfully, the siege of media coverage has driven away virtually all of the Company’s customers and suppliers. As a result, it has been determined that it is no longer viable to continue operating the business, which left Cambridge Analytica with no realistic alternative to placing the Company into administration,” the company added.