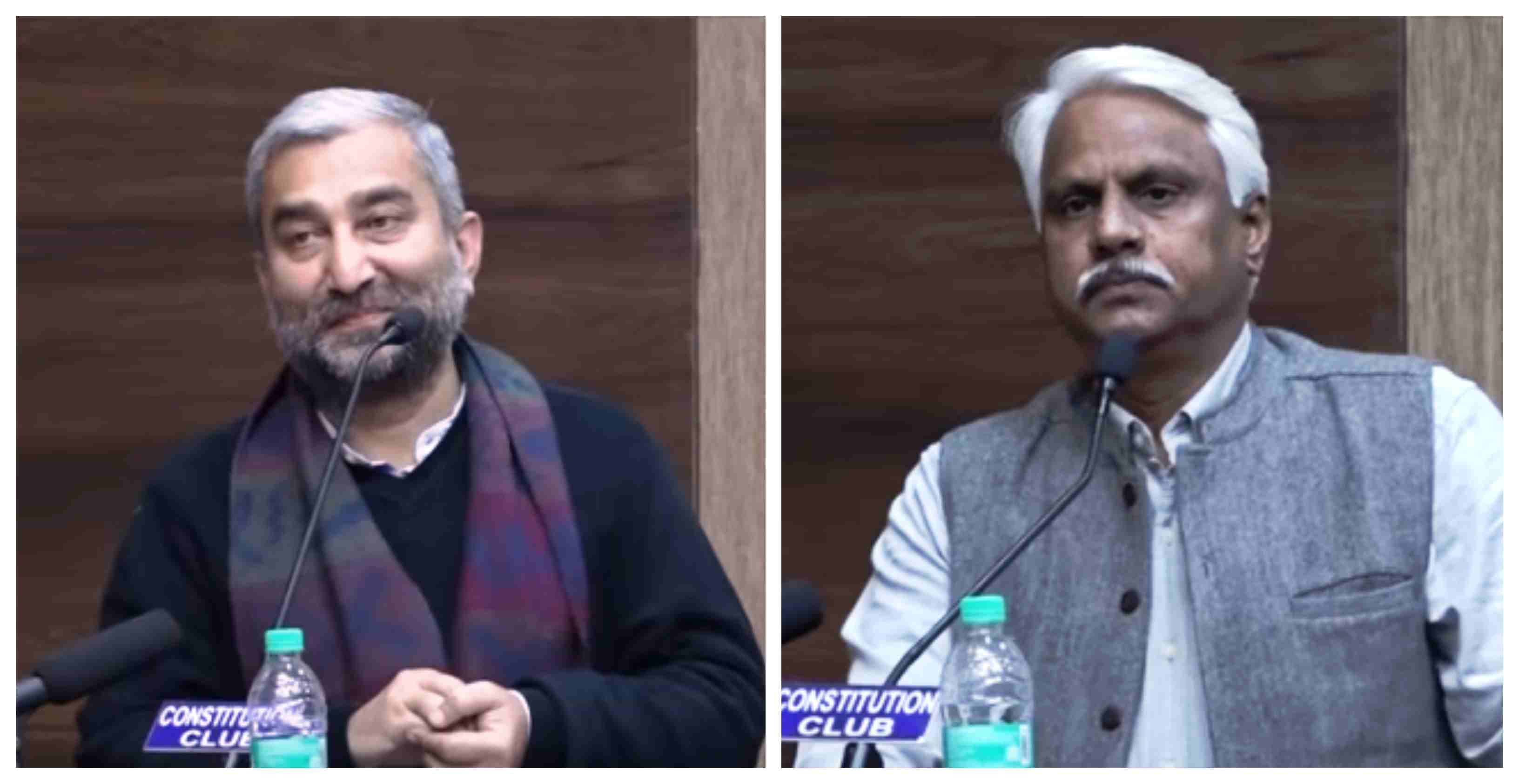 Srinagar: In a conclave organized by the IndoiAnalytics on Article 35-A, Sushil Pandit, a Kashmiri Pandit activist while listing the how Articles 370 and 35-A prevents around 100 laws to be implemented in the state of Jammu and Kashmir, said that ‘the blanket immunity provided to the state allows them to implement the constitution of India according to their concessions’.

He added that the irony was not that the then ‘Prime Minister’ Sheikh Abdullah asked for such concessions, but they were actually given.

Pandit added that during his the inaugural address to the Constituent Assembly of JK, Shiekh Abdullah said that ‘Kashmir is an independent Republic within the Republic of India’.

“I have never heard such an oxymoron. This shows the mentality behind what you want to make Kashmir into. However, the irony is not what Sheikh wanted, the irony is that it was allowed to happen. He asked Nehru for a separate Constitution, a separate flag, he was allowed to do all. Then he said that the Maharaja had made him the PM and in your set up there are chief ministers. Nehru said that you will be PM only. So at one point of time there were two prime ministers in the country.” Pandit said.

“The demand was that if any Indian citizen comes to Kashmir, he will have to procure a permit. Sheikh asked and Nehru obliged. All this was justified in the name of Autonomy.”

“The worst use of those concessions happened in 1975 when the Indira-Sheikh accord happened. Without any elections Shiekh was asked to become the chief minister of the state. At that time interm chief minister was Mir Qasim of Congress and he was asked to clear the way for Shiekh.”

While talking about when words ‘Secular, socialist’ were added to the Preamble of India, the state of Jammu and Kashmir ‘in written’ said that it won’t apply to us.

“Among the obligations the word ‘integrity’… the state of JK is not obligated to uphold the integrity of India. See the audacity. Till then there was implied secularism and implied communal politics…. And when secularism was made explicit in the country, they (Kashmiris) gave in writing that they are not secular. And it was allowed.”

He added with stress, ” I don’t care what they did or wanted. The point is why was all this allowed. Who allowed it. It was allowed by those against who not a single word was spoken against in the 50s and the 60s.”

“Sar pe bhitha kay rakha tha humne us Pradhan Mantri ko (We given that PM so much respect). When we don’t criticize then we allow our administrators to uproot us. It stood true then and it is true now. “35-A jaisi kalik mali gai is Constitution kay munh par (A disgrace like 35-A was included in our Constitution). With this article you allowed a ‘Pakistan’ on the face of India.”

While talking about the events that took place before 1947, Pandit said that Independence was a ‘by product’ of the already happening ‘Partition movement’.

“Partition took place first and then Independence happened. During that time three events took place in the world-World War, the Jewish holocaust and the Partition of India. It is difficult to decide which is a bigger tragedy. However, regarding the first two, hundreds researches and movies are made every year. So much literature is available. However, regarding the partition, there is only Lipa poti. No one is allowed to read or write. It is not encouraged in the universities. What do you want to hide?”

Sharing the stage with the speakers, Javed Shah, a political analyst, said that in the 1990s, people rushed towards forces to which they ‘reacted by opening fire at them’.

Shah, who is also the Ex-Husband of the former Chief-Minister Mehbooba Mufti and the father of her two children, said that without Pandits Kashmir is incomplete and they are ‘reservoir of knowledge.’

“Being new in the Valley, they (forces) hardly had any idea. People say that Jagmohan was sent to Kashmir to kill but I will say that he was aimed at developing Kashmir after Farooq Abdullah’s government collapsed in the state,” and held the National Conference’s (NC) ‘unwillingness’ responsible for the ‘situations in Kashmir’.

Another speaker at the conclave, Pushpendra Kulshrestha said the unless fear is not created among Kashmiri Muslims living and working in part of India, no one is going to call Kashmiri Pandits back.

He added that Vajpayee’s Kashmir narrative needs to be broken.

“Kashmiriyat, Jamhooriyat (democracy), and Insaniyat (humanity) was Vajpayee’s political narrative. I am asking you to break it. Kashmiriyat has been turned into Jihadiyat, while Insaniyat have been transformed into Haiwaniyat. The government is spending a lot of money on them (Kashmiris), from 50,000 crores to 80,000 crores, and they are enjoying that,” Kulshrestha said.

He said that Article 35-A ‘isn’t just an act, but is a reason for terrorism.’