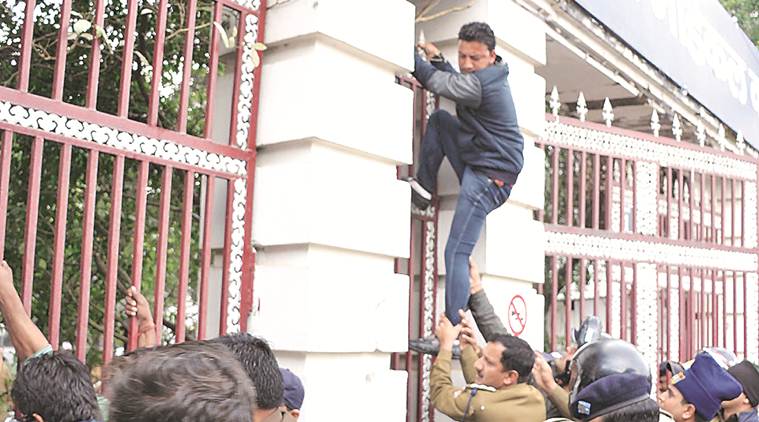 22 students were arrested for protesting outside a college demanding expulsion of Kashmiri students in Uttarakhand’s Dehradun, police said on Tuesday, as per a PTI report.

They were arrested outside the Uttaranchal College of Science and Technology on Sahastradhara Road on Monday after they shouted slogans demanding expulsion of Kashmiri students, Dehradun’s Senior Superintendent of Police Nivedita Kukreti was quoted as having said in the report.

Following the February 14 attack on a CRPF convoy in Lethpora area along the Srinagar-Jammu highway in south Kashmir’s Pulwama district which killed 49 CRPF personnel, a series of protests rocked Dehradun against Kashmiri students.

Initially, the management of two city colleges had announced that they would not admit Kashmiri students in the future following the protests. However, PTI reported Anil Saini, Chairman of Alpine College of Management and Technology, one of the two colleges, saying that they were forced to make the announcement under pressure, but have taken no such decisions.

The second institute had also echoed their stance along similar lines.

Meanwhile, authorities have assured the full safety and security of the students from Jammu and Kashmir, according to the report.

The Inspector-General of Police or IG of Garhwal range, Ajay Rautela, said that the Kashmiri students are completely safe and they should not worry, the report said.

Police patrolling in Premnagar area has been stepped up, where most Kashmiris live. He also appealed to people to maintain calm.

The Jammu and Kashmir government has also set up a helpline for students with designated officers appointed to take care of those in the city.

“There have been numerous calls from students of different colleges including Baba Farid Institute of Tech, Alpine Institute, Dolphin Institute, SBS Medical College and so on so forth,” a Jammu and Kashmir government spokesman said on Monday, as per the report.