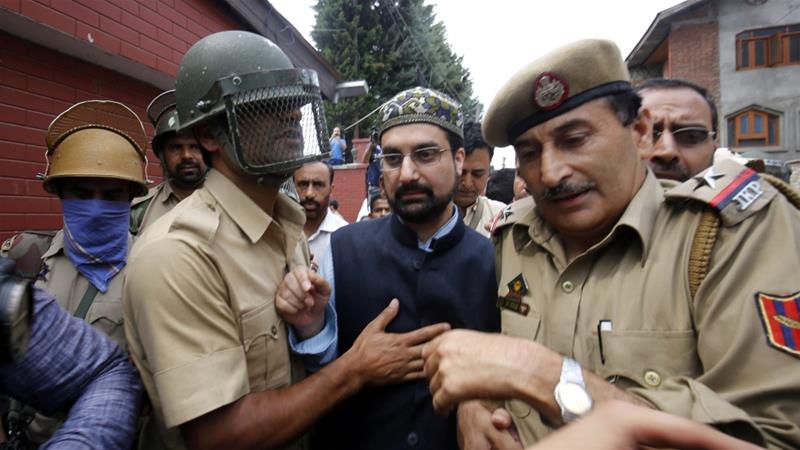 Srinagar: Authorities on Thursday evening placed Hurriyat Conference (M) Chairman Mirwaiz Umar Farooq under house arrest at his Nigeen residence ahead of the Joint Resistance Leadership (JRL) call for protest against the slapping of PSA slapping on Yasin Malik, arrest of activists across the state and ban on Jamaat-e-Islami.

JRL has called for a shutdown on Friday against the arrest spree, ban on Jamat-e-Islami and slapping of Public Safety Act (PSA) on JKLF chief Yasin Malik.

“Arbitrary arrest and detention of senior resistance leader and chairman JKLF Muhammad Yasin Malik and many others under draconian PSA and shifting of Yasin Sahib to Kot-balwal jail Jammu is most condemnable act of the so-called rulers,” JRL said in a statement.

“This spree of arrests, ban on Jamat-I-Islami and attempts to tinker with hereditary state subject law under the pretext of 35 A deserves our stiff protest and resistance and people of Kashmir besides holding peaceful protests after Friday prayers will also observe a complete and comprehensive shutdown tomorrow on 8th March 2019.”

On Thursday, a JKLF spokesperson said that Malik, who was lodged in Kothi Bagh police station since February 22, was booked under PSA and will be shifted to Kotbalwal jail in Jammu.