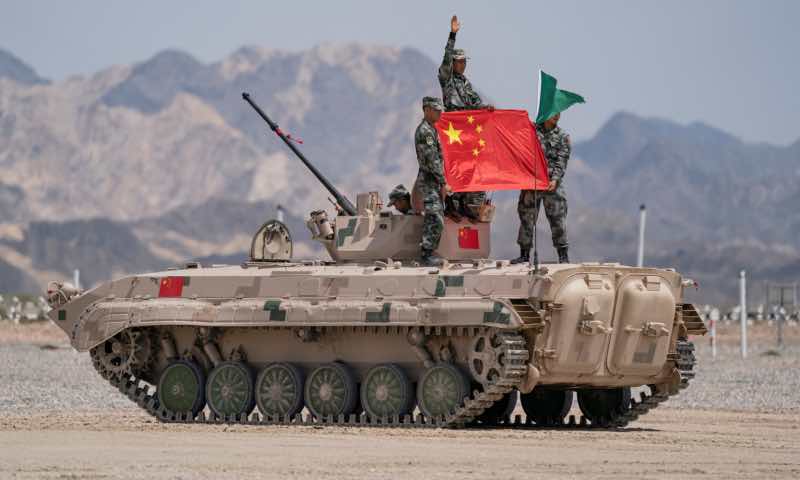 China’s People’s Liberation Army (PLA) has expanded its specialised high-altitude arsenal of weapons since the 2017 Doklam standoff with India to prepare for future conflicts, a state media report said.

“Since the Doklam standoff with India in 2017, the Chinese military has expanded its arsenal with weapons like the Type 15 tank, Z-20 helicopter and GJ-2 drone that should give China the advantage in high-altitude conflicts should they arise,” the nationalistic tabloid Global Times reported, quoting anonymous military experts.

The listing of new weapons, which could be specifically used against Indian troops by the Communist Party of China (CPC)-controlled news outlet comes in the backdrop of new tensions at the border, Hindustan Times reported.

China’s newly-developed helicopter-drone that made its maiden flight last week may be deployed on the Sino-India border.

The AR500C unmanned helicopter is equipped to carry out fire strikes and disrupt electronic circuitry of its target at heights above 15,000 feet, state media reported.

Type 15 tank and the PCL-181 howitzer—-China’s most advanced vehicle-mounted howitzer— were displayed in the high-elevation plateau region of Southwest China’s Tibet Autonomous Region in a report on military exercises in January.

“With a powerful engine, the Type 15 lightweight main battle tank can effectively operate in plateau regions difficult for heavier tanks, and with its advanced fire control systems and 105 millimeter caliber armor-piercing main gun, it can outgun any other light armored vehicles at high elevations,” unnamed experts were quoted as saying by the Global Times on Sunday, according to the Live Mint.