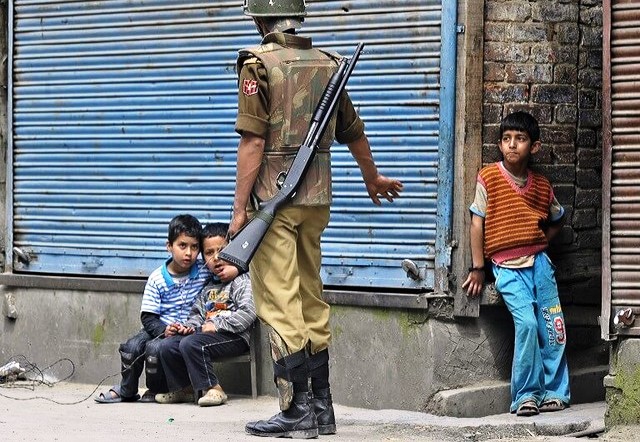 Report stressed over internment at army camps, torture in detention and detention without charge or due process

The UN Secretary General, Antonio Guterres on Monday said that he is concerned by child casualties in Jammu and Kashmir and called upon the Government to take preventive measures to protect children, including by ending the use of pellets against children.

In his 38 page report on Children and Armed Conflict covering the year 2019, the UNSG stressed over the detention of children (in Kashmir), including their arrest during night raids, internment at army camps, torture in detention and detention without charge or due process. He urged the Indian Government to immediately end this practice.

In October 2019,  in a video story, Aljazeera reported the detention of thousands of Kashmiris, “among them were children as young as nine-year-old,” their report revealed.

As per the data revealed in the report, the United Nations has verified the killing of 15 children, 13 boys and 2 girls in J&K.

Children between the ages of 1 and 17 were killed (8) and maimed (7), by or during a joint operation of the Central Reserve Police Force, the Indian Army (Rashtriya Rifles) and the Special Operations Group of the Jammu and Kashmir Police (10).

The report also attributed one of the killings to a militant outfit Lashkar-e Taiba and one other killing to the “unidentified armed elements.”

In the report, three of the killings were reported during shelling across the Line of Control.

In Pakistan Administered Kashmir, Balochistan and Khyber Pakhtunkhwa Provinces, total of 23 children (2 boys, 4 girls, 17 sex unknown) were reportedly killed (5) and injured (18) during armed clashes or by shelling or targeted fire across the line of control (10), by improvised explosive devices (3) and explosive remnants of war (10).

“Boys and girls used and abused in armed conflict have had their childhoods replaced by ‘pain, brutality and fear while the world watches'”, Virginia Gamba, the UN Special Representative of the Secretary-General for Children and Armed Conflict, said on Monday.