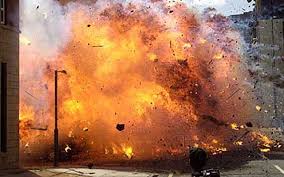 Srinagar: A man was critically injured on Sunday in a “mysterious” explosion that took place along the Line of Control (LoC) in Nowshera sector of Jammu and Kashmir’s Rajouri district.

Soon after the incident, the injured man identified as Ajay of Sehar Makri village in Bhawani area of Nowshera Tehsil, was rushed to the hospital for the treatment.

The man received injuries when an unidentified explosive substance went off, reports said.

Earlier on July 18, 2020, three members of a family were killed after armies of India and Pakistan exchanged gunfire along the Line of Control (LoC) in Poonch district.

A day before the incident, Defence Minister of India Rajnath Singh had reviewed the overall security situation in Jammu and Kashmir at a high-level meeting in Srinagar.