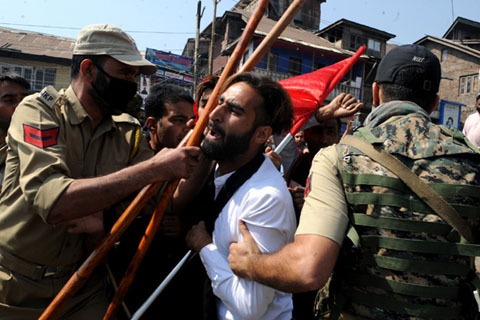 ‘One particular community will be targeted for spreading coronavirus’

Refusing permission for Muharram processions across India over the weekend, the Supreme Court today said it would lead to chaos and “one particular community will be targeted” for spreading the coronavirus.

“If we allow this procession across the country there will be chaos and one particular community will be targeted for spreading the pandemic COVID-19,” Chief Justice SA Bobde said.

The Supreme Court was hearing a petition by Syed Kalbe Jawad from Uttar Pradesh, who cited the June order permitting the Rath Yatra festival in Odisha.

The Chief Justice said, “You are referring to the Puri Jagannath Rath Yatra, that was at one place and one set route. In that case we could assess the risk and pass orders. The difficulty is you are asking for a general order for the whole country.”

Justice Bobde went on to say, “We cannot risk the health of all people. If you had asked for one place, we could have assessed the risk.”

The Supreme Court spoke about the difficulty of blanket permission for the country and said even the state governments were not party to the petition.

The petitioner asked for permission for a procession in Lucknow, saying that a large number of Muslims of the Shia community live in the UP capital. The Supreme Court said the petitioner should go to the Allahabad High Court for permission. Besides the Chief Justice, the bench included Justices AS Bopanna and V. Ramasubramanian.

Places of worship, religious gatherings and processions were banned when the country went into lockdown in late-March to fight the spread of the virus.

In June, when the country was still emerging from a tough lockdown, the Supreme Court had first declined permission for the annual Jagannath Rath Yatra saying: “Lord Jagannath will not forgive us if we allowed the rath yatra.” Five days later, the court allowed it after the Centre’s appeal.

Last week, the top court allowed Jains to offer prayers at any one of three temples in Mumbai as part of festivities surrounding the eight-day Paryushan festival. The top court said prayers could be offered as long as SOPs like the use of face masks and physical distancing were strictly enforced.

“We were forgiven by Lord Jagannath, we will be forgiven again,” the Chief Justice had said.