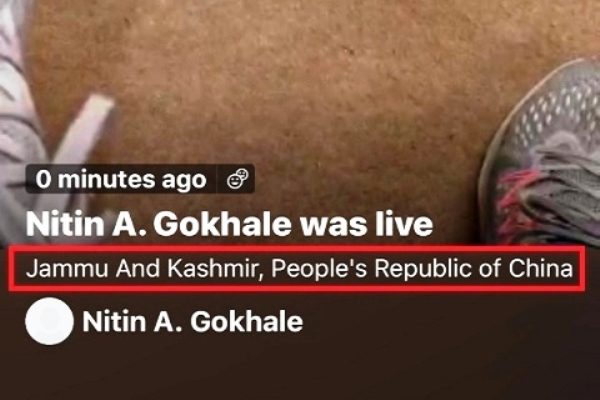 New Delhi: A week after Twitter’s location settings showed Leh as part of China, a panel of parliamentarians has said that Twitter’s explanation for showing Ladakh as a part of China is “inadequate” for what amounts to a criminal offence.

The Committee was unanimous in its opinion that Twitter’s explanation was inadequate, the panel’s chairman Meenakshi Lekhi told a Delhi based news organisation NDTV.

“Showing Ladakh as part of China amounts to a criminal offence which can attract jail for up to seven years,” the report quoted BJP MP as having said.

Quoting Ms Lekhi, the report said that Twitter officials told the committee that the platform respects the sensitivities of India on this issue “but this is inadequate. It is not just a question of sensitivity. It is against the sovereignty and integrity of India.”

There was anger after the geo-location of Leh was shown on Twitter as part of China. Leh is the largest town in Ladakh.

Earlier, the government of India had sternly told Twitter CEO Jack Dorsey that Ladakh and Jammu and Kashmir are “integral and inalienable parts of India governed by the Constitution of India”.

The government expressed its disapproval of the “misrepresentation of map of India” and asked the company to “respect sensitivities of Indian citizens”, the report said quoting sources.

Quoting government sources, the report said that it was conveyed to Twitter that any attempt by the social media giant to “disrespect sovereignty and integrity of India, which is also reflected by the maps, is totally unacceptable” and “unlawful”.

“Such attempts not only bring disrepute to Twitter but also raise questions about its neutrality and fairness as an intermediary,” IT Secretary Ajay Sawhney had said in the letter.