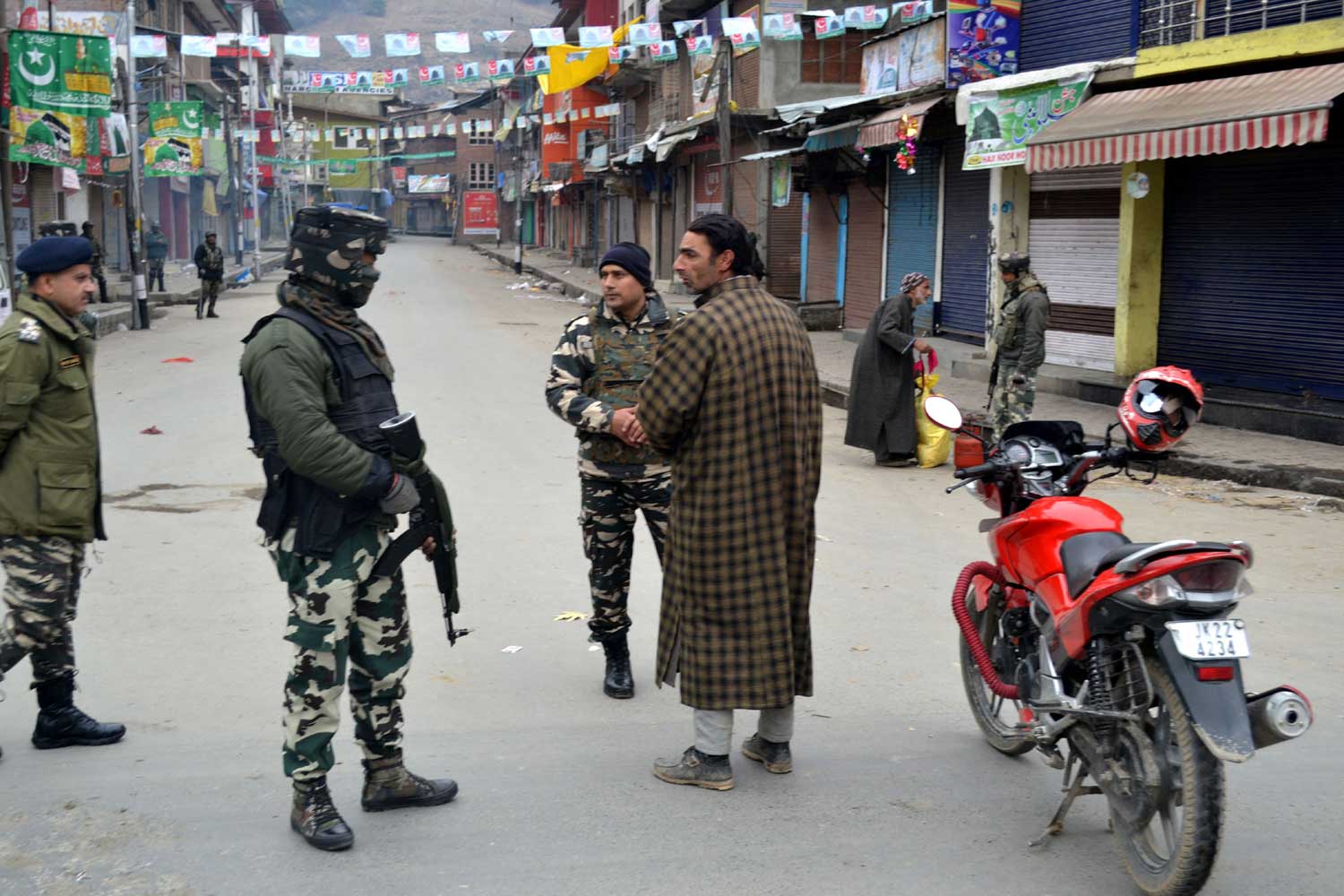 Aerial surveillance along with area domination exercises carried out

Srinagar: Armed forces across Jammu and Kashmir has been deployed on the streets and the forces carried out area domination exercises in Srinagar and Jammu cities where main Republic Day of India celebrations will be held on Tuesday.

Mobile internet remains shut down across the Kashmir Valley.

Police and paramilitary forces have been carrying out random searches in parts of Srinagar including commercial hub Lal Chowk, Residency Road and Court Road area.

Reports of similar type of exercises were also received from Jammu where main Republic Day function will be held on Tuesday and Lieutenant Governor Manoj Sinha will be unfurling the tri-colour.

Local media quoted police saying that they are using technology for aerial surveillance “to thwart any attempt by subversive elements to disrupt the celebrations”.

Reports of deployment of forces were also received from other districts of Kashmir as well.