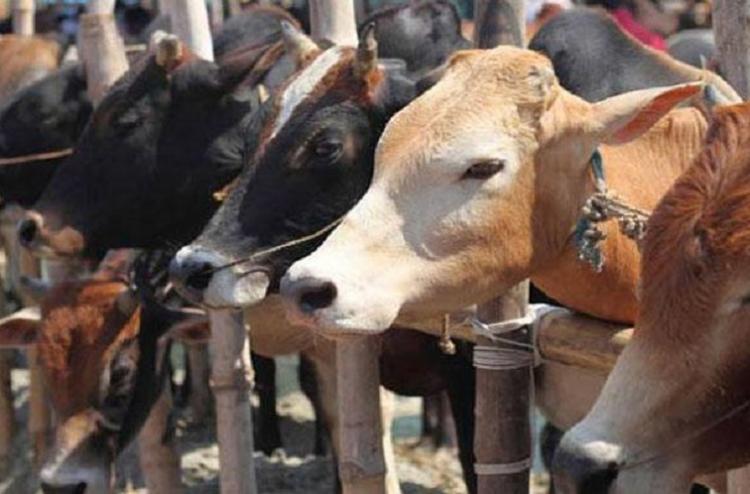 Shopian: Lumpy Skin Disease (LSD), an infectious viral disease of cattle continues to infect more cattle due to which the farmers are very much worried.

The residents of Chotigam Shopian told news agency Kashmir News Observer that around 35 cows have got affected in the last three days and two have already died but no official has visited the area.

They requested higher-ups to look into the matter at the earliest so that cattle can be treated on time.

Farmers said that though the mortality rate of LSD is not so high, animals infected with this disease are unable to produce enough milk even after they are cured of the infection and their economy is getting badly affected.

They said that there are lakhs of families whose livelihood is dependent on cattle rearing and other related but this disease has badly affected them.

Farmers said that some of them have lost their cattle on which they were dependent and the government must look into it and compensate.

Meanwhile, an official of the animal husbandry department Shopian told the news agency that almost every village of the district is affected due to the disease and due to staff shortage, it is impossible to reach every farmer. He said that they are working day and night to reach everyone.

Meanwhile, Chief Animal Husbandry Officer Shopian Altaf Hussian Masoodi told KNO that over 250 cattle have got affected due to the disease in the district so far and among them, 20 have died. He said that team will be deputed to Chotigam area tomorrow.

Officials said that there is neither evidence of the transmission of the disease in humans nor it has any effect on the milk. It is a viral disease and after boiling it, it can be used.

Lumpy Skin Disease is a viral skin disease transmitted by vectors affecting cattle and buffaloes only. This disease is not transmitted from animals to humans, they said.

It is a viral disease of cattle and buffalo spread through the bite of mosquitoes or parasites. “The disease affects the skin of the infected animal by creating large size lesions on the body, the officials said, adding that the consumption of animal meat or milk does not transmit the infection to humans.