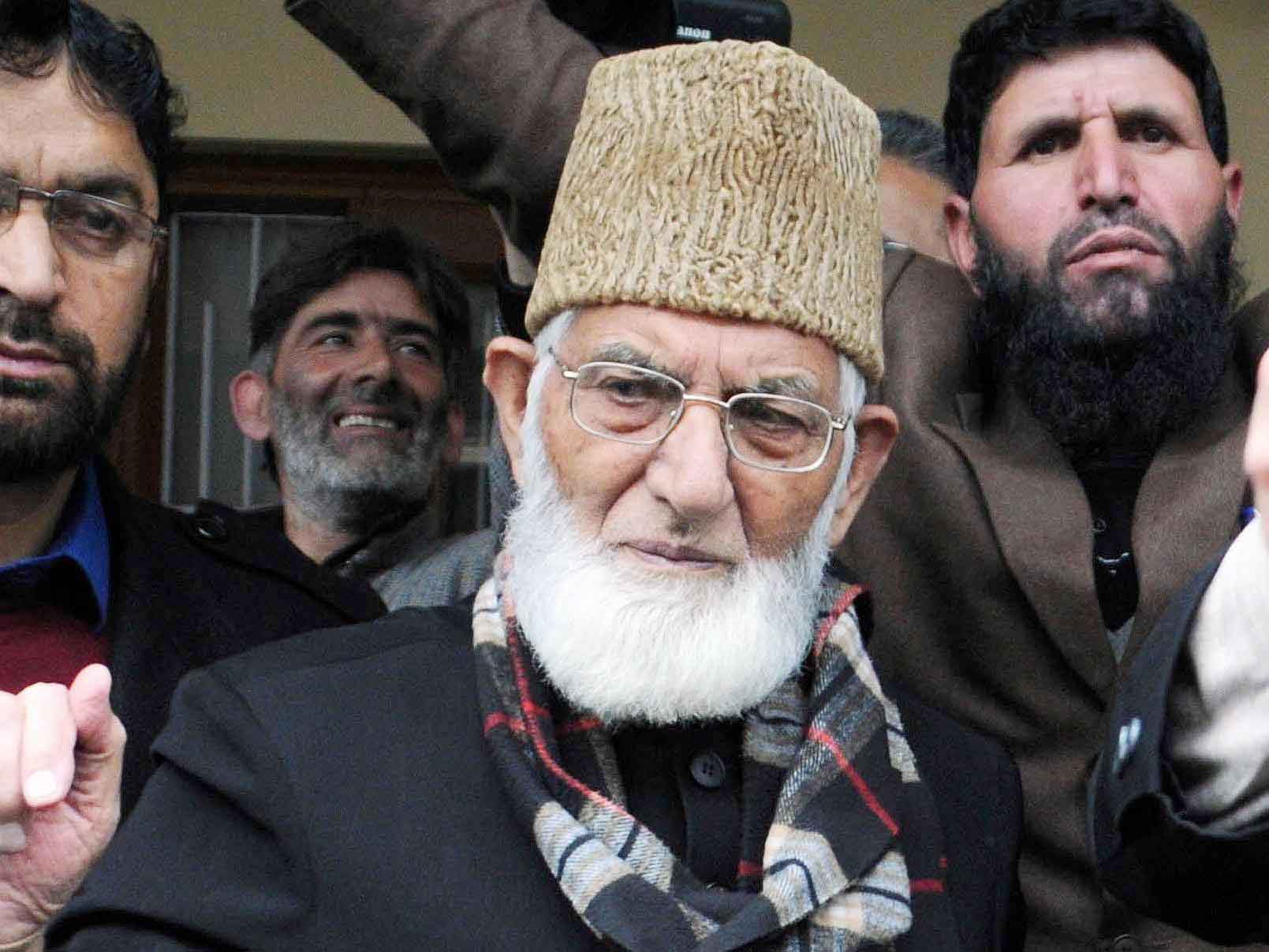 Asks people to show wisdom, not to vote in the upcoming by-elections

Srinagar: Resistance leader Syed Ali Shah Geelani on Sunday lashed out at the mainstream political parties calling them power hungry and reiterating his call for boycotting the upcoming by-polls in Srinagar and Anantnag.

Geelani, who is the chairman of Hurriyat (G), said in a statement that all mainstream political parties including Peoples Democratic Party (PDP), National Conference (NC), Awami Ithhaad Party (AIP), and People’s Conference have the same goal that is assuming charge of the power corridors.

The octogenarian said that both National Conference and the PDP call for freedom, Autonomy and self rule while they are out of power.

“They (NC) are harping the same tune what PDP was doing while in opposition. Their rhetoric about autonomy, self-rule and parroting freedom calls are just political gimmicks. However their main aim is to grab power corridors, “Geelani said in a statement.

He further added, “National Conference in 1975 while deceiving people enjoyed power corridors and now PDP is beating the same bush to remain in power. All these impostors do well understand that people are sincere and have deep sentiments for freedom and for this reason they exploit people’s aspirations.”

He added that NC is playing the ‘devilish and duel card’ by showing sympathy to the freedom sentiment and portraying themselves as well wishers of Hurriyat.

“They (NC) are harping the same tune what PDP was doing while in opposition. Their rhetoric about autonomy, self-rule and parroting freedom calls are just political gimmicks. However their main aim is to grab power corridors”

‘This political gimmick will not work. Nowadays they are giving hype and creating fear psychosis about the sinister designs of RSS & BJP and forget that NC for the lust of power, in past allied with same BJP, “he said.
Lashing out at the PDP, Geelani said that they mislead people by claiming that they have the support of the pro-freedom camp. “They were beating their drums for the interests of Kashmiri people however, they were exposed after they forged alliances with BJP, “the statement observed.

Geelani said that PDP killed and maimed hundreds of youth in the 2016 uprising and the same will not be forgotten. “We won’t forget their devilish role during peoples uprising in 2016.They killed more than hundred, maimed thousands and ransacked properties worth billions, “Geelani said.
The resistance leader echoed smiliar views regarding other mainstream political parties.

“Similarly, Congress, Awami Ithaad Party, People’s Conference and all other pro-India parties are no more interested in people’s welfare but they run after power and perks. They are responsible for the agonies people are facing as their actions justify illogical occupation of India over our state, “ the statement observed.

He asked people show wisdom and note to vote in the upcoming by-elections as India portrays that mandate as acceptance of their hegemony in Kashmir.

“Though these parties are canvassing for provisions of good governance and basic amenities, however India portrays these elections as a consent, acceptance and verdict of people in Indian hegemony.

(With Inputs from KNS)