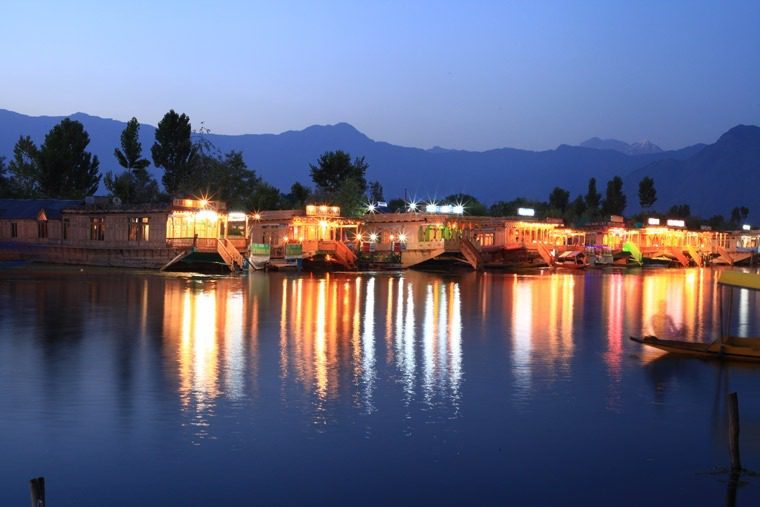 Certain elements within us responsible for pollution: Dir Tourism

Srinagar: International Day for Biological Diversity was observed in Srinagar on Wednesday however the meet witnessed a heated argument between the houseboats owners and dignitaries who blamed them for polluting the Dal Lake.

The situation was brought under control when Director Tourism Mahmood Shah intervened and ‘indirectly’ blamed ‘mischievous elements’ within the society for the mess.

He however quickly added that people should take ‘collective responsibility’ and keep the environment clean.

He received support from Secretary Tourism Farooq Ahmed Shah who also said that it’s the responsibility of each and every individual to keep the environment clean.

“Houseboat owners aren’t the source of Dal pollution but there are certain elements within us who are responsible for the pollution in the Dal,” said Mehmood Shah, Director Tourism.

Hamid Wangnoo, Secretary General, Houseboat Owners Association of Kashmir blamed the people who constructed ‘concrete jungles’ on both sides of the Lake for the degradation of the Lake.

He also pointed out that houseboats occupy only 2kms of the water space out of 85 kms.

“Those mischievous elements who converted Dal Lake into a concrete jungle by way of making eastern and western foreshore road are the sole murderers of the lake,” said Wangnoo.

He added, “The length of Dal Lake is about 85 kms where houseboat owners only occupy 2 kms of it. Where are 83 kms of Dal Lake? It obviously has been occupied by  those chain of hotels which lack proper sewage and treatment plant (STP). These chains of hotels are massive contributors of pollution which goes into the lake.”

Wangnoo also pointed out that government is turning a blind eye towards these establishments which are operating on the Bolevard without treatment plants.

“The Bio-diversity day will be a success in the valley when the government will start paying proper attention to the lake which is shrinking on an alarming rate due to the hotels without STPs,”he said.

Noted columnist Zahid Ghulam Mohammad mentioned that successive regimes after the autocratic rule didn’t do much to protect the bio-diversity of the valley.

“Maharaja Hari Singh had left the natural beauty of Kashmir intact. However, successive governments which followed didn’t do anything to protect the bio-diversity of Kashmir,” he said.

ZGM also blamed the Kashmir conflict for the degradation of Kashmir’s bio-diversity.

He however stressed that political corruption also played it part.

“Besides conflict, wrong prioritization, ill expediencies and political corruption are the root cause for the loss of bio diversity in our state. I believe high end tourism should be the key to save our bio diversity resources,”ZGM observed.