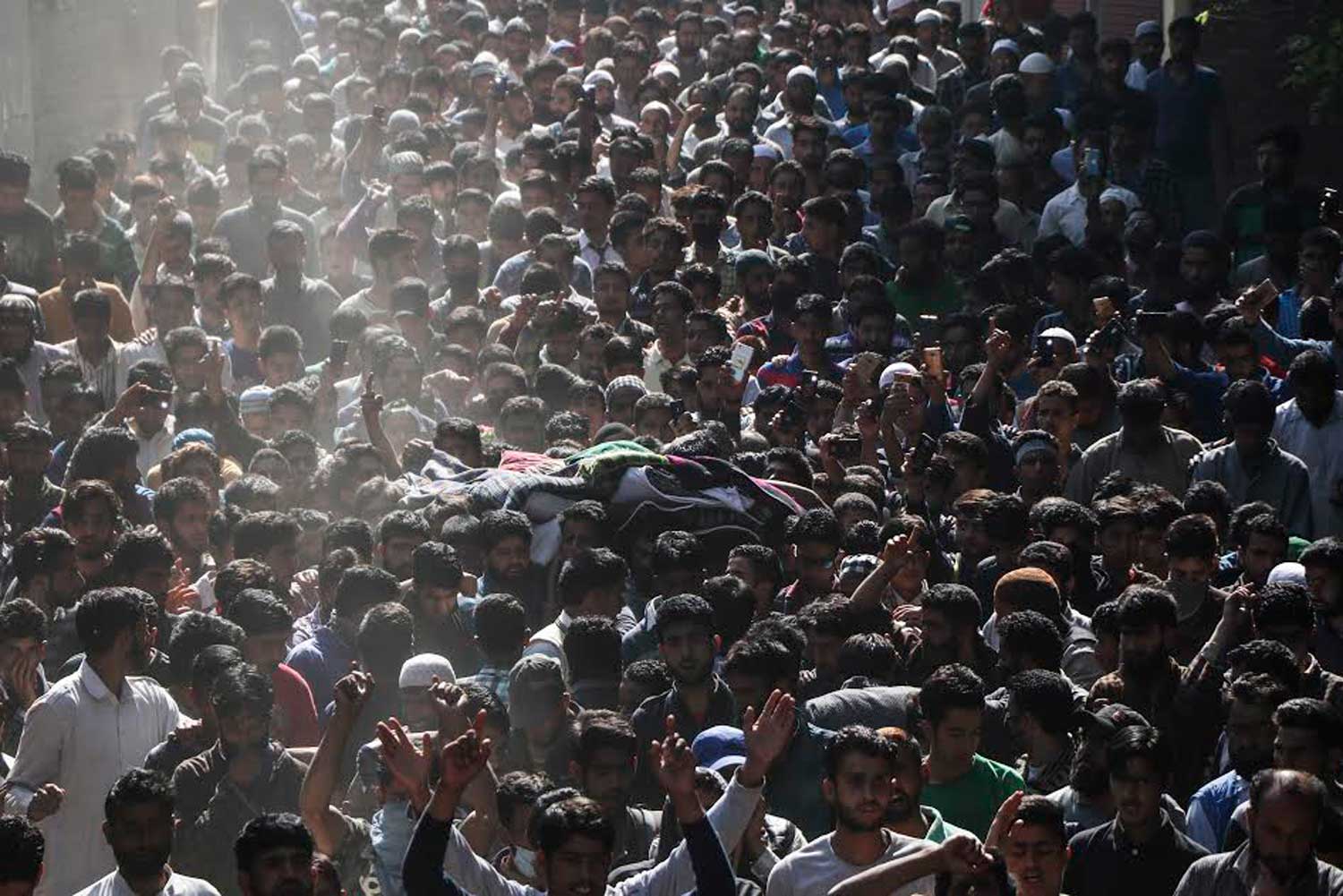 Srinagar: Intense clashes between armed forces and civilian protestors erupted in summer capital and Anantnag districts of Jammu and Kashmir on Friday.

Reports and eye witnesses said that hundreds of forces personnel from J&K Police and para-military CRPF were deployed in Old Srinagar today.

“People tried to take out a rally but forces blocked it by bursting tear smoke shells outside the historic Jamia Masjid. Sabzar, along with Faizan Muzaffar Bhat, died fighting forces in Saimoo village of Tral on last Saturday – May 28, 2017. The death of the duo militants resulted in shutdown for three consecutive days while forces sealed all routes leading towards Tral on Tuesday to block a solidarity march.

Hurriyat Conference (M) chief, Mirwaiz Umar Farooq – who was released from his Nigeen residence this morning after six-day detention – led the prayers at Jamia Masjid today.

Meanwhile, clashes erupted in Anantnag town today soon after the Friday prayers between forces and protestors.

The protestors marched in the town raising slogans in favour of slain Sabzar Ahmad Bhat.

Tral – the home town of the duo slain militants – is observing a complete shutdown today.

Locals from the area said that there is no business activity going on in the area. “People are visiting the bereaved parents of the slain militants,” they added.

After the death of Sabzar and young Faizan, the joint resistance leadership called for a two-day shutdown while people were asked to reach Tral on May 31 which was, however, foiled by the government by erecting barricades and imposing curfew in many places.

Sabzar, 30, was said to be trusted aide of charismatic Hizb commander Burhan Muzaffar Wani whose death in 2016 triggered an unprecedented anti-India uprising which saw at least hundred civilians dead and thousand others injured.