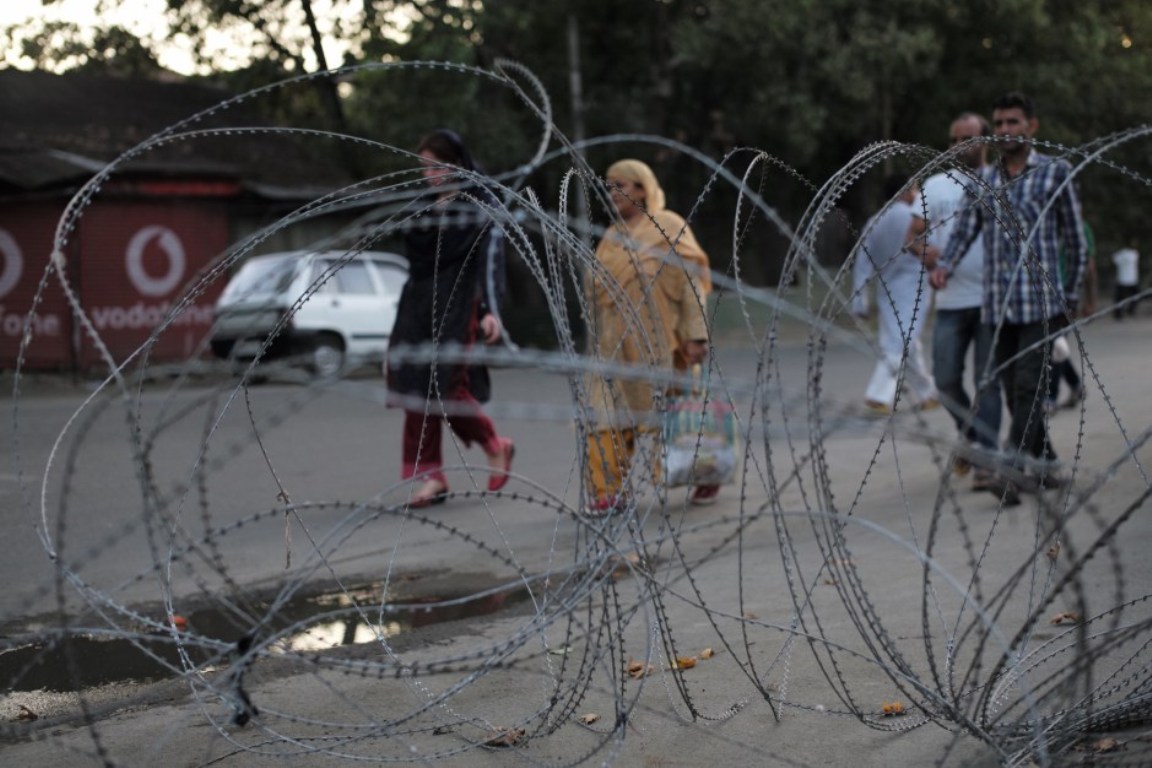 No sooner did the 2010 uprising thaw, a Srinagar-based mental specialist trained by Royal College of Psychiatry, London visited an Ikhwan citadel of yore to study the impact of confrontations and hostilities on its female folk after their men became Delhi’s junked militia. He returned with shocking results.

For years, Amina had maintained a chilling routine inside the Ikhwan heartland of yore…

By daybreak she would go to her slain son’s grave and dig it sans creating any jaw-dropping scene in the village where she had long lost it. She was no more doing her home chores and would roam in shabby, tattered robes like a lunatic.

Then in the fall of 2010, a visiting Srinagar-based psychiatrist Dr. Arif Maghribi bumped into that 38-year-old wretched mother in North Kashmir’s Asham. She needed mental help, the doctor realized. He diagnosed her of chronic Post-traumatic stress disorder (PTSD) — a mental disorder triggered by a traumatic event, like warfare.

Asham was the fitting space for creating such a disturbed mindset, as it had witnessed insurgents becoming counter-insurgents only to be left to fend for themselves once they “outlived their utility”.

But what the villagers called a tad lunacy of Amina, was her recurrent flashbacks of the tragic event, marked by hyper vigilance, heart palpitations, nocturnal screaming, and insomnia. Beyond the obvious, Amina and her ilk had become a noiseless cannon-fodder of the war machinery in the bulwark where the former insurgent Kuka Parray had established Ikhwan Raj at the behest of New Delhi by the mid-nineties.

That day at Asham, the miserable mother who looked years older than her actual age told the doctor how her elder son was killed by some gunmen on Nov 22, 2004, leaving her devastated.

“My son was such a handsome boy,” she told him, “that no one can even come close to his prettiness.”

Losing such a son drove her crazy. Even after eight years had passed, Amina was still freaking out. “He wanted to study abroad and become a computer engineer,” she told the psychiatrist. But before he could fly out, his family’s Ikhwan background came to haunt him.

On the fateful day, there was a small gathering at her home. They had cooked dishes from the Kashmiri traditional cuisine Wazwan and were singing, and enjoying the food, when the news of her son’s killing reached her.

“I was frozen,” the doctor quotes her saying. She remained in that state — until the doctor came to her rescue.

Dr. Maghribi arranged free medicines and treatment for her through an NGO Sehar Welfare Trust—known for giving free counselling and treatment to orphans, widows and the destitute. Such experiences gave insights about the erstwhile renegade zone to the mental specialist. “To begin with,” says Dr. Maghribi, who had worked as mental health officer with UNAIDS and Action-Aid International before visiting Asham, “I wanted to understand how the perpetual conflict and the peaked hostilities shaped the human psyche there.”

But with the last gun yet to fall silent, Dr. Maghribi could sense the silent perils of his adventure.

To his woe, the visit came on the close heels of the reports doing rounds, about the revival of renegades. Suddenly, some Ikhwan chiefs—cooling their heels in security fortresses—began looking more emboldened. Amid alarm bells, Dr. Maghribi coming from the quiet neighbourhold of Srinagar’s Balgarden decided to continue with his Asham forays.

“The very first impression made me feel as if I had entered into a troubled land,” says Dr. Maghribi, a senior psychiatrist. “You could tell from their faces how playing the other in the war of attrition had dented their body languages.” But before walking in, he had heard an incredible story of their ‘halcyon’ days. At the peak of the Ikhwan period, goes the story, the village housing renegades had faced embargo from the bordering hamlets. Scores of their female folks suffered from trauma in isolation. Even after the renegade terror ended following the assassination of Parray in early 2000, the village continued to host the isolated derailed mindsets.

Somebody like Dr. Maghribi who had treated Schizophrenia, PTSD, Drug-addiction, phobia and other mentally disable patients, understood how the isolation impacted the tribe’s way of thinking. One such woman was a 46-year-old widow, Saja.

In that isolated countryside locale, her husband’s killing by forces made her mad. She would get flashbacks of the traumatic event. Insomnia and vague body pain were also prominent.

She lived in a two-room house made of mud. Abandoned by her only son, she lived alone and worked as a housemaid for the living. The ailing woman had no one to take care of her and hadn’t attended any social gathering in years. Her pulse would shoot up with a slight loud talk. Dr. Maghribi diagnosed her with chronic PTSD.

“In both Amina’s and Saja’s case,” says Dr. Maghribi, one of the few Kashmiri doctors trained by Royal College of Psychiatry, London, “patient had no means or money to live an independent life or engage in activities that will keep them busy.” Other than these women, the doctor met scores of other women in Asham with no different tales to tell.

He arranged free counseling and combined medicinal help for those war-freaked women to help them reintegrate with their society. Years later, as Dr. Maghribi returned to Asham to access the situation, he was expressing delight over the progress made by those women.

He had helped them to buy cows and goats. With those pets apparently filling a part of the vacuum created by their departed loved ones, they had managed to recuperate from the trauma suffered in the isolation.