A video of this attack went viral which showed young kids cowering in fear as the bus was being pelted by stones and caused a huge amount of outrage across the nation. Gurugram police have now arrested 18 people for this attack on the school bus. Following the arrest, a message went viral on social media claiming that 5 of the accused in this case were Saddam, Aamir, Nadeem, Firoz and Ashraf. 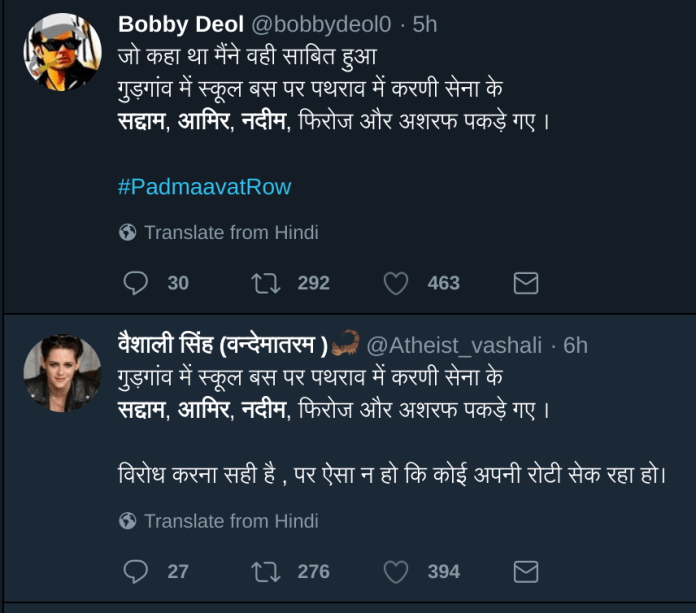 One of the earliest to circulate this message was a person called Shalini Kapoor who claims herself to be “Khestriy Prabhari” of “Kanya Shakti Kranti” of Bharatiya Janata Yuva Morcha (BJYM), the youth wing of BJP. 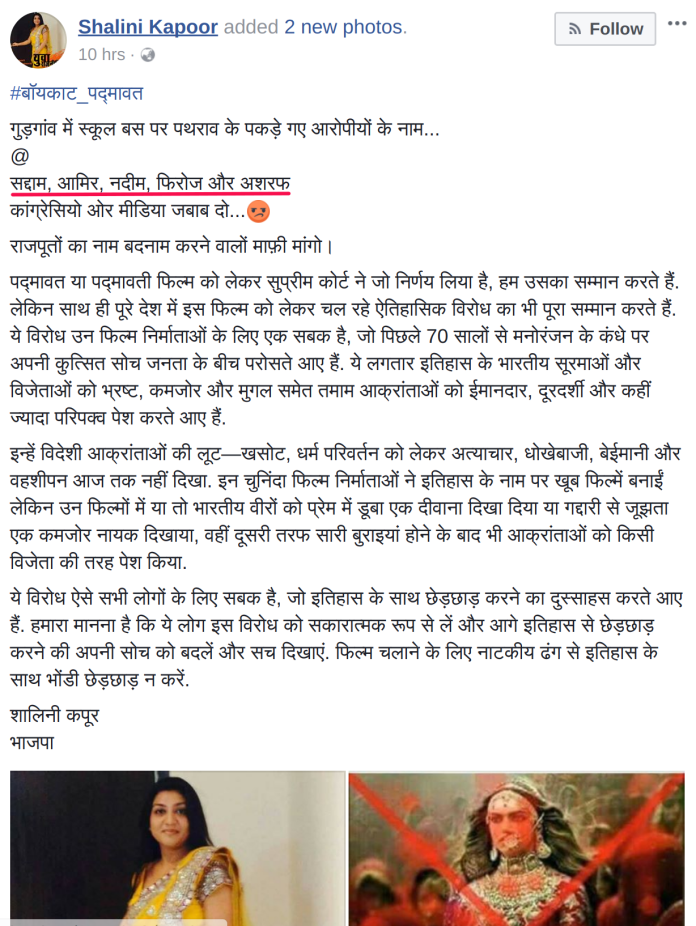 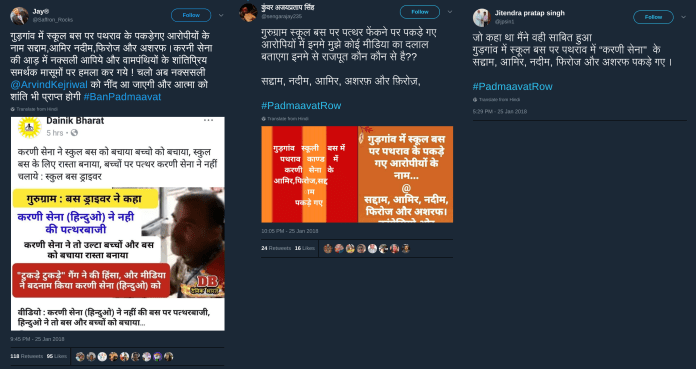 This rumour is currently viral on social media and is being circulated multiple times per minute on various mediums such as Facebook, WhatsApp and Twitter. Putting out Muslim names for any upheaval in the country has become a standard diversionary tactic for many in the right-wing. In recent times, this same strategy was deployed when a Swiss Couple was attacked in Fatehpur Sikri, Agra and when an e-rickshaw driver was murdered in Delhi. Any claim that is spread about on social media following sensitive events should always be reconfirmed via official news sources and not circulated without verification. This not only makes the job of the law-enforcement agencies tougher but also polarizes the society further.