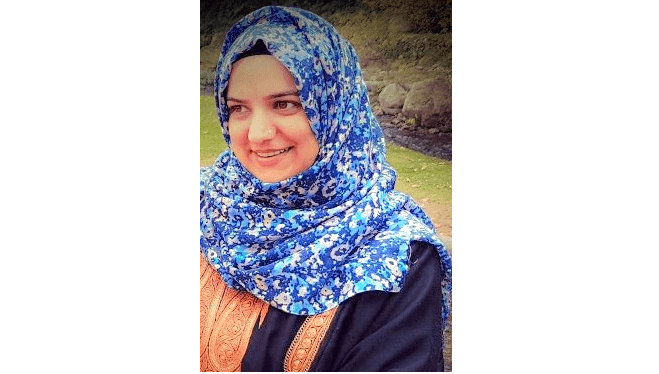 She had an assured shot at politics, but the young and opinionated Shehlla Imran turned it down to focus on women welfare instead. And today the popularity of her brand makes others believe that daring to dream indeed makes it possible.

When Australia-returned Shehlla Imran stormed out of a Srinagar showroom with a ‘sense of hurt’ somewhere in 2014, she had no idea that the incident would eventually motivate her to work for women welfare. Inside the showroom, this girl from southern Kashmir’s Awantipora was dismissed as a pheran-clad countryside simpleton. Somebody else in her shoes might’ve dismissed it as the usual regional rant—but Shehlla wanted to change it with style.

“As the sulking feelings refused to sink in, I got an idea,” says Shehlla Imran, 37, living in Chachkoot area of South Kashmir’s Pulwama. “I decided to visit that showroom, once again—but this time, with a different and seemingly fashionable dressing.” The change was glaring.

“Now, all those smirking salesmen stood up to welcome and attend me,” she smiles over reminiscence. “Then, I realized that the real menace lies in the appearance.” She felt that women from the rural setting were not taken seriously just because of the way they dressed, and it felt wrong. She decided to flip it by working on how rural women in her region dress and conduct themselves, by offering a solution.

Known for her choice of clothes and a great fashion sense, Shehlla put her skill to use and thought: Why not open a business venture that can work as a cooperative, where she could sell trendy clothes to rural women, keeping tradition in mind, and with a minimum margin. All this was done through social networking sites.

Before placing orders to make clothes as per the requirements of her customer base of rural women, with Gujarat and Mumbai based manufacturers, she did a market survey about what rural Kashmiri women in her area like to wear, and are comfortable with. After putting protracted work hours, she finally launched her brand Qamash for Women last fall and it clicked instantly with both rural as well as urban women. But before the shopping incident would force her to pursue a particular line, Shehlla’s family’s political background had made politics an assured career choice for her. But the daughter of Mushtaq Kuchai—the former National Conference’s Member of the Legislative Assembly from Pampore constituency (from 1996 to 2002)—had made her choice known to everyone, including her “nagging” relatives and father’s swaying colleagues: ‘I’m not joining politics!’

“The thing is,” she explains, “I was never interested in politics, as I see no sincerity and motivation in it. That’s why I’ve never cast my vote. Like my father, I’ve my own ideology, too.”

She demonstrated her bent of mind quite early in her life — soon after her Class 12 when her father’s political connections gave her an advantage over others.

“It was a Chief Minister’s VIP medical quota seat,” she says. “But I refused to benefit from any such scholarship, arguing, that it should rather be given to a deserving candidate instead of me.” Years later, she’s still beaming over the decision — perhaps realizing, how she made it possible for someone who didn’t have the means to study medicine.

She instead pursued her Bachelors, and then Masters in Microbiology from Pune’s private Bharati Vidyapeeth University. Shortly she married and moved to Australia, where her husband was pursuing his studies. Before she decided to return to Kashmir in 2012 along with her husband, Shehlla had worked as an administrator in a service company for two and half years in Australia.

“We moved back to Kashmir to raise our kids in the Kashmiri culture, and as per our values,” says Shehlla, now a mother of two sons. “In Australia, I felt, it wasn’t possible. And today, we’re happy over our decision as our kids speak fluent Kashmiri. They converse in pure Kashmiri, much better than me.” Meanwhile, she made a customer base and began sharing her designs. As orders started pouring in, she hired some delivery boys. “I have over 200 customers now,” she says. “Even my relatives who live outside Kashmir buy clothes from me.”

But, she says, all this would not have been possible without her husband’s support.

Mostly, she says, women in Kashmir work before marriage, but have to quit after tying the knot. “But I started my work after marriage, with my husband’s help,” she says. “He always supported and encouraged me.”

Apart from keeping women in her region updated about trendy outfits, she is now all set to promote Kashmiri traditional Aari works through her brand. Besides, she says, she plans to expand and open a manufacturing unit in the coming years, that employs Kashmiri women as a policy.

“Women of Kashmir are going through the worst kind of psychological suppression,” she says. “They need all the support, to come out of the situation, and be self sufficient.”

Shehlla says societal change does not need politics, or political backing. “One just needs goodwill to contribute and give something back to the society that has given us so much,” she smiles, perhaps realizing how the same quality made it possible for her.