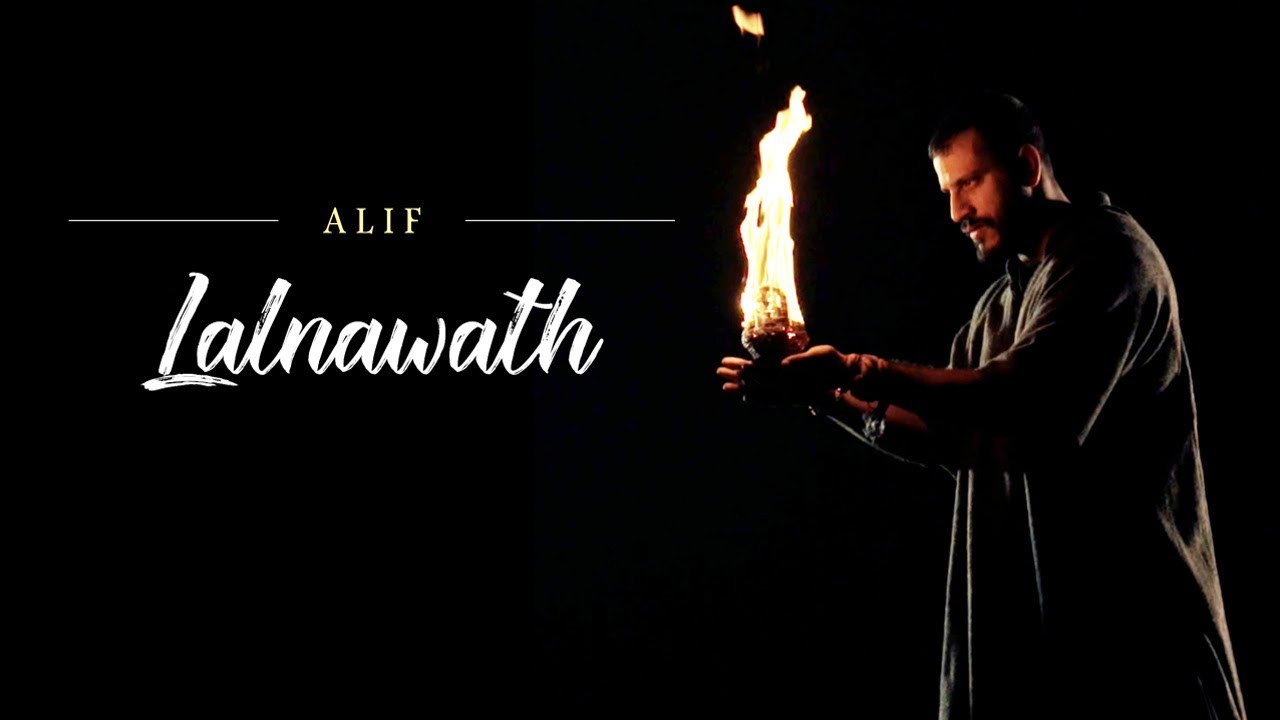 Another Kashmiri Danish Renzu, a filmmaker, has won the Dadasaheb Phalke award for Best Director for the film ‘Half-widow’ centered around a Kashmiri woman’s search for her husband who is taken away by the armed forces.

Named after the Father of Indian Cinema Dadasaheb Phalke, a producer-director-screenwriter, it is India’s premier award in Cinema. It is presented annually at the National Film Awards ceremony by the Directorate of Film Festivals, an organisation set up by the Ministry of Information and Broadcasting. Among 50 to 60 shortlisted entries, Alif’s ‘Lalnawath’ won.

Lalnawath in Kashmiri means to cradle, and the band tries to give wings to the stories of Kashmiris that otherwise ‘get buried between the mountains of this vale’.

Alif’s team includes Kashmiri and non-Kashmiri members. The two Kashmiris who are involved in the video are Mohammad Muneem Nazir (Poetry, Vocals) and Tanveer Mir (DOP in ‘Lalnawath’/ Assistant Cinematographer in Padman).

Raju Dhumal’s Shehnai brings the novelty to the Kashmiri song that has different meanings for different people. Directed by Abhijit Agarwal, the video has been produced by Alif.

The song was written in 2017 and released in 2018. The idea of the song, Muneem says, was to play around with the concept of the other side of life, and to celebrate the darkness and come face to face with the happenings of life.

“The people around us, be it our loved ones, or anyone else, our dreams, you take them for granted. And when they go away, you find yourself having this conversation with them: Why don’t you just come back one last time, I will cradle you,” says Muneem, adding that Alif has used symphony in the song.

Muneem, who has finished his series of performances in London, believes that there is tremendous art in Kashmir, however, there is a lack of avenues for the artists. He says that the artists should come with their own songs and create a bank of content, documenting the stories of Kashmir.

“It is very humbling and lovely to see people expressing in the Kashmiri language. I want to create this bank of content where the Kashmiri poetry is written in a more contemporary way. We have our poets like Mehjoor but we don’t have any singer-songwriter,” says Muneem, who has been producing catchy and deep Kashmiri and Urdu songs for 10 to 12 years now.

The 34-year old artist says that he reads poetry and gets inspired by it, but he finds it necessary to produce his own content as emoting someone else’s poetry is difficult for him.

“I read all the poetry, I absorb it. It would be difficult for me to emote that poetry. I have this tendency of celebrating the darkness as it can be seen in Alif videos. I will only be able to express things that have happened to me,” he says.

Muneem says people have criticised him for ‘screaming’ or making faces while singing. However, being a fan of famed boxer Mohammad Ali, he says that it has only helped him to check himself and be rooted, “that is what Ali used to do” he says.

Asked how he feels about producing music while the valley witnesses funeral after funeral, he says, “When you go outside Kashmir, you represent it. The best you can do is, through your conscious choice, you can share the stories from Kashmir through happiness, darkness or whatever.”

Speaking about his music, he says that his songs are deep and sometimes, the music overshadows the underlying meaning of poetry. And when he explains the poetry to people, they get an understanding of what is happening in Kashmir.

“Like a Sufi is a song that has a chorus: Bobai Bobai Syun Kya Ronuth, Peer Sari Samkhen Aay (A Kashmiri woman is asked what she has cooked for the Peers who have come to visit.) Who are these peers? The angel of death. She says that she has cooked the fresh spinach plucked from the land in which you will be buried. I made people in Edenberg listen to this chorus and when I explained it they said they didn’t realise it was so dark,” says Muneem adding that ‘people only know ABC about Kashmir when there is XYZ and more too.’

For Muneem, Kashmir is a female. In his other songs like Jhelemus and Peer ti Peeri, he has portrayed Kashmir from the perspective of a woman. He believes that artists need to spread the word and people need to listen to them in order to solve issues.

“I am not coming to kill. I come with peace, just listen. Starting from relationship of a couple, to a political debate, 99 percent of problems can be solved by listening.”

Another Kashmiri Danish Renzu, a filmmaker, has won the Dadasaheb Phalke award for Best Director for the film ‘Half-widow’.

ALSO READ: Half Widow: A filmmaker’s contribution and Kashmir’s reality

“Upcoming movies like Imtiyaz Ali’s ‘Laila Majnu’ and Sanjay Dutt’s Torbaaz will have our songs/dialogues. Torbaaz is about a child suicide bomber. The character is played by a Kashmiri child,” he says adding that he has given a Ted talk ending with a hopeful sentence about incredible resilience of Kashmiri community.

“The art is not ours. It comes out through us. We should learn to catch our blessings. Kashmiris are scared of what they can be and they can be great,” he says.