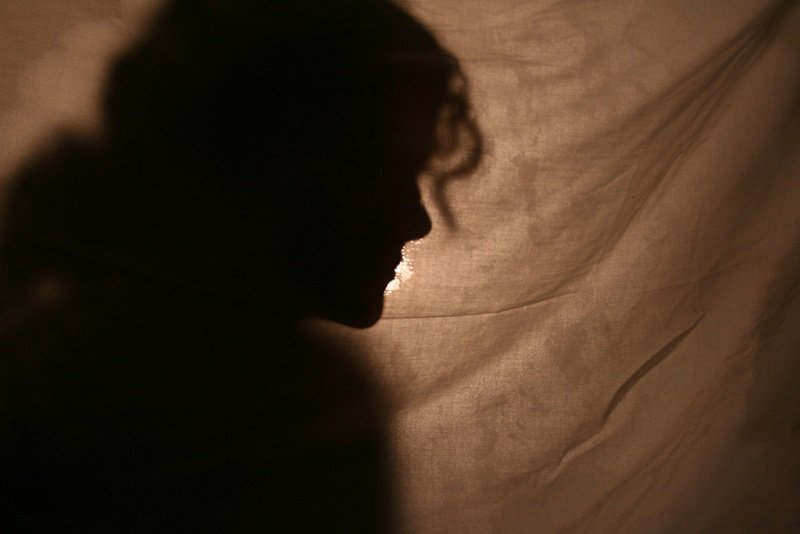 A classic example of how clerks in government offices suck one’s money, time, energy and self-respect would be the case of widow Naseema Begum from Sopore. After her husband’s death in  cross-firing in 1991, she faced red-tapism and character-assassination instead of a job under SRO 43.

A widow who lost her husband in cross-firing has been traversing Sopore Putukhah’s muddy alleys shadowed by an army camp for last 26 years to get her due. But as her childlike face of yesteryears has already turned into a creased countenance of a middle-age woman now, Naseema Begum continues to struggle in the face of unyielding officialdom.

Living in this Sopore’s sylvan neighbourhood with her daughter Hura and son Mohammad Rafiq, she often tries to fill the void left behind by their headman, Mohammad Sulayman Sheikh.

Naseema was 19 when she married Sulayman and was living happily. With the arrival of their kids—Hura in 1990, and Umer in 1991—the couple felt blessed. Everything was hunky dory for the family, until the fateful day, November 1, 1991, when Sulayman was caught in cross-firing, and died.

The news devastated Naseema, then 3-month pregnant with their third child, Rafiq.

Sulayman was a government employee with the Power Development Corporation (PDC)’s Lower Jehlum Project, Sopore. After his death, either Naseema or her children could’ve taken the job. Being a heart patient and a 5th grader, she was pinning hope on Umer. But when her elder son studying in 11th standard was killed following a stone pelting incident in their area years later, she resigned to her fate.

Her daughter wanted her younger brother Rafiq to do the job, and help survive the family. But when Naseema applied for the job, she was told that Rafiq was not of the legal age to be considered as an employee.

She waited and made it a point to not let the education of her children suffer. After class 12, Rafiq refused to study further, and started managing accounts at a rental shop near his residence.

Meanwhile, as the mother approached officials for the job, she was asked to get her husband’s service book. She went to Gant Mulla, Kishan Ganga and all the places where the service book could be located, but in vain. After a lot of hard work and persistence, the department finally took some steps and wrote to AG Office, Srinagar.

“Although it was their job to find it, they sent me,” Naseema says. “I would carry my child Hura along, for helping me to understand the documents.” She was approached by many clerks for bribes. She faced all this, until the service book was finally found eight years later with the help of one head clerk, Mohammad Ashraf.

But even the service book didn’t help the widow.

She was then asked to prove whether or not her husband was involved in any unlawful activities. She had to prove that he was on duty and a regular employee.

“The Superintendent of Police had asked to get seven witnesses above the age of 60 years, who would confirm, if my husband was involved in militancy or not,” she says. “After my neighbours along with Chaukidar and Numberdar testified, we got the ‘No Indulgence Certificate’ from the police.” The certificate along with service book fetched her Rs 1 lakh, as the grant of ex-gratia relief. Then in 2013, she got to know about the relief money that a serviceman’s family is entitled to get, if s/he dies on duty. She applied for the same.

“A clerk told me there’s only one way to do it: spend some money,” she says. “As soon as they got to know that I had some money, they asked for it. At one point, I was even ready to arrange Rs 30,000. But they did not agree.”

Surviving on her husband’s monthly pension of Rs 8500, it was beyond Naseema’s pocket strength to address the mounting demand of bribe, to clear her case.

In 2016, she was asked to get a ‘Dependent Certificate’. After investigating, the Sub-divisional Magistrate issued it on March 17, 2016. After years of struggle to plead for her case, when she finally approached the clerks at PDC Sopore, she was told that her son’s Date of Birth revealed that he was born in 1993, when Sulayman had died in 1991. The question was genuine.

“Unfortunately,” Naseema says, “there was an error in Rafiq’s certificate. I was illiterate and never focused on it. The kids were kids. They had never considered the date as an issue. Yes, the time clashes. He was born in 1992, but the error was pointed out after about 8 years of struggle. They could’ve pointed it out back then. I could’ve gotten it corrected.”

But the remarks made by clerks at PDC had made her blood boil.

“A clerk standing there said to others: ‘Either she had remarried or it seems to be a case of a Haraam (illicit) child.’ What could I explain in front of 50 men there?” Naseema says, cursing the clerks.

“I told them I was about 3 months pregnant, and there was a mistake in the certificate. But Hura accompanying me couldn’t hold it. She took the file from the clerk, and went away screaming that we can manage it on our own.”

It was the only office where she had gotten such remarks. Everywhere else, she says, the officials had told her that “it happens.”

She went ahead and approached the court. After spending money there, the court gave an order to the Board of School Education to correct the date of Rafiq’s birth, from 24-04-1993 to 24-04-1992. It was corrected some six months later.

Then she knocked at the doors of Chief Minister’s office and also approached Dr Shah Faesal, Managing Director at PDC. He had assured her that her case will be taken forward.

“The case was old and complicated,” says Mushtaq Ahmad, ex-head clerk at PDC. “When I was serving the department, it was decided that a meeting would be held to tackle the complication of the case. The child was not born when the father had died. All such cases are tackled as per the Management Committee’s decision. Its Chairman would be Deputy CM. The Board of Directors were supposed to meet and decide about the case. We had sent the case. I don’t know whether the meeting was held or not.”

It has been more than four months since she was told that a meeting would be held regarding the case. But like always, Naseema along with her family is waiting.