The 27-year-old student is languishing in the Tihar jail since April 10 for protesting the Citizenship Amendment Act (CAA).

Safoora Zargar, the police claims is the key conspirator of the violence that broke out in Delhi in February this year.

Her pregnancy, instead of attracting sympathies, has given rise to a vulgar hate campaign on social media. This isn’t new. Women, especially those vocal in their views, regularly face online sexual harassment.

These individuals are inviting other users to send them friend requests on Facebook if they wish to access the video.

Multiple men have obliged and also shared their phone numbers to get a hold of the clip. Many of them have commented “send me bro” and “I want the video”.

The comments reek of desperation.

It is noteworthy that all of the above comments were made on posts shared on Facebook group ‘We Support Narendra Modi’.

The group has 30 lakh followers.

It is a propaganda tool with most of its posts oscillating between praises for the BJP and PM Modi, criticism of the opposition and misinformation.

A screenshot of the video was shared on another pro-Modi group.

Below is a post by one Raghav Rajpoot who shared it on a group named ‘I Support Indian ARMY’.

The URL of the group reads ‘The Real Hero Narendra Modi’.

The video is being widely forwarded on WhatsApp.

Alt News has received fact-check requests on its official mobile application as well.

The woman in the clip is Selena Banks. 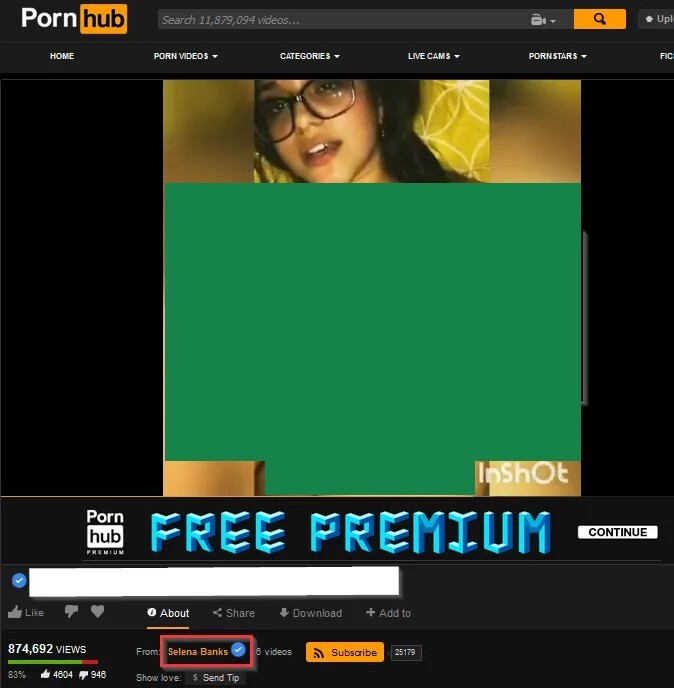 Banks has one such account on the platform with over 25,000 subscribers. 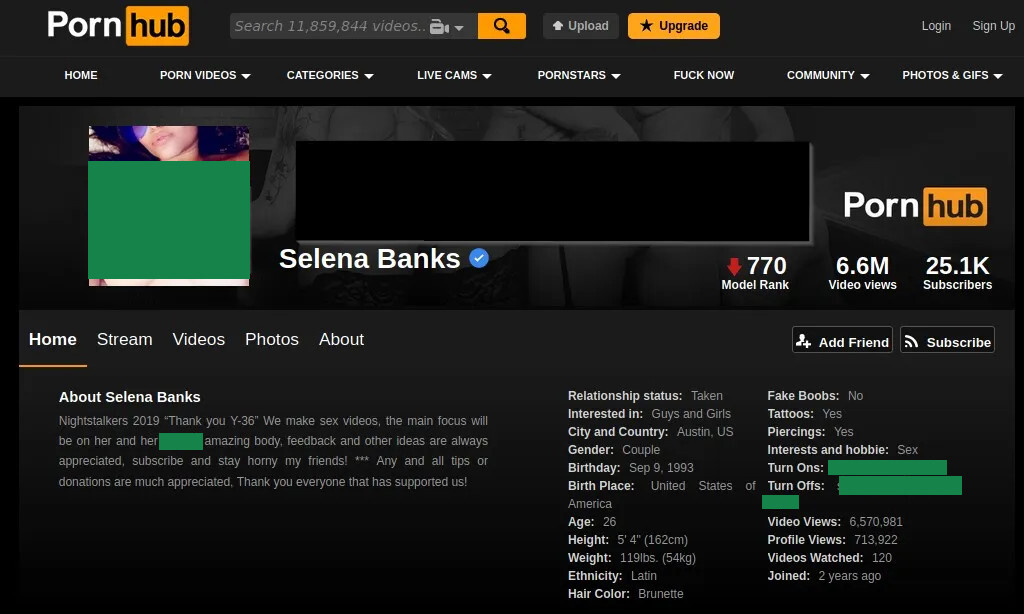 A pornographic video is therefore falsely circulating in the name of Safoora Zargar.

This is the second such video debunked by Alt News.

We had also penned a fact-check report on false claims suggesting that Zargar, who is three months pregnant, is unmarried. It is extremely alarming that the activist is being targetted with such profanity in the open.

Zargar, being a woman and a person who hails from the Muslim community, is an easy target for men who do not echo her political views.

The issue is concerning and deserves attention both from social media platforms and law enforcement agencies. This isn’t criticising someone or disagreeing with their views but sexual harassment in the cyber world.

Not the first time

Earlier, a photograph of an anti-CAA protester had gone viral with claims hinting that she is Zargar.

The woman has the words ‘F*** Hindu Rashtra’ imprinted on her cheek. Squint Neon @TheSquind, a handle that regularly shares misinformation, tweeted the image writing, “She got pregnant after that?” (archive) 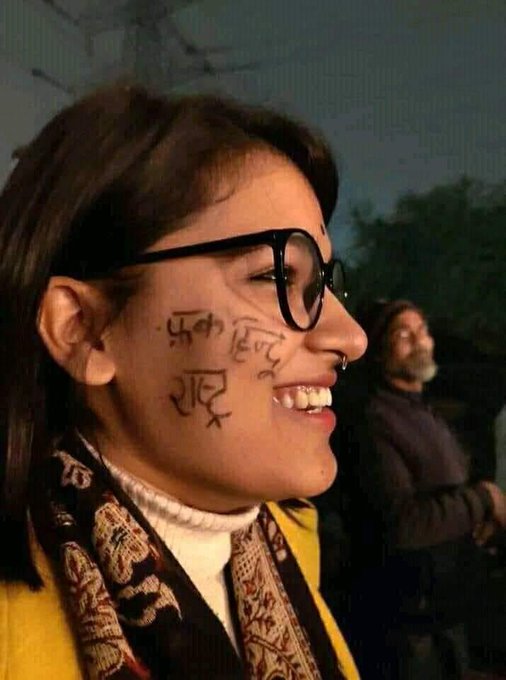 A Facebook user Apurba Deka similarly wrote, “She Wrote “Fcuk Hindurasthra” on her cheek and now we wanna know, whether Hindurasthra impregnated her?” He identified the woman as Zargar.

A collage of images has been created which also includes a photograph of a couple having intercourse behind a fence. Below is a post by the page ‘the_sanatani_sher’ (archive). Another page ‘f***_secular_india’ shared the same photo montage (archive).

The woman whose cheek is painted with an anti-CAA slogan is not Safoora Zargar. She is a student at Delhi University. Zargar is a scholar at Jamia Milia Islamia.

Alt News is refraining from disclosing the student’s name to protect her identity. The photograph had attracted a lot of hate and derogatory remarks when it was earlier viral in January.

The photograph of a couple behind a fence is a screenshot from an old pornographic video which was debunked by Alt News in March. At the time, several users had shared the clip claiming it was shot in Shaheen Bagh. 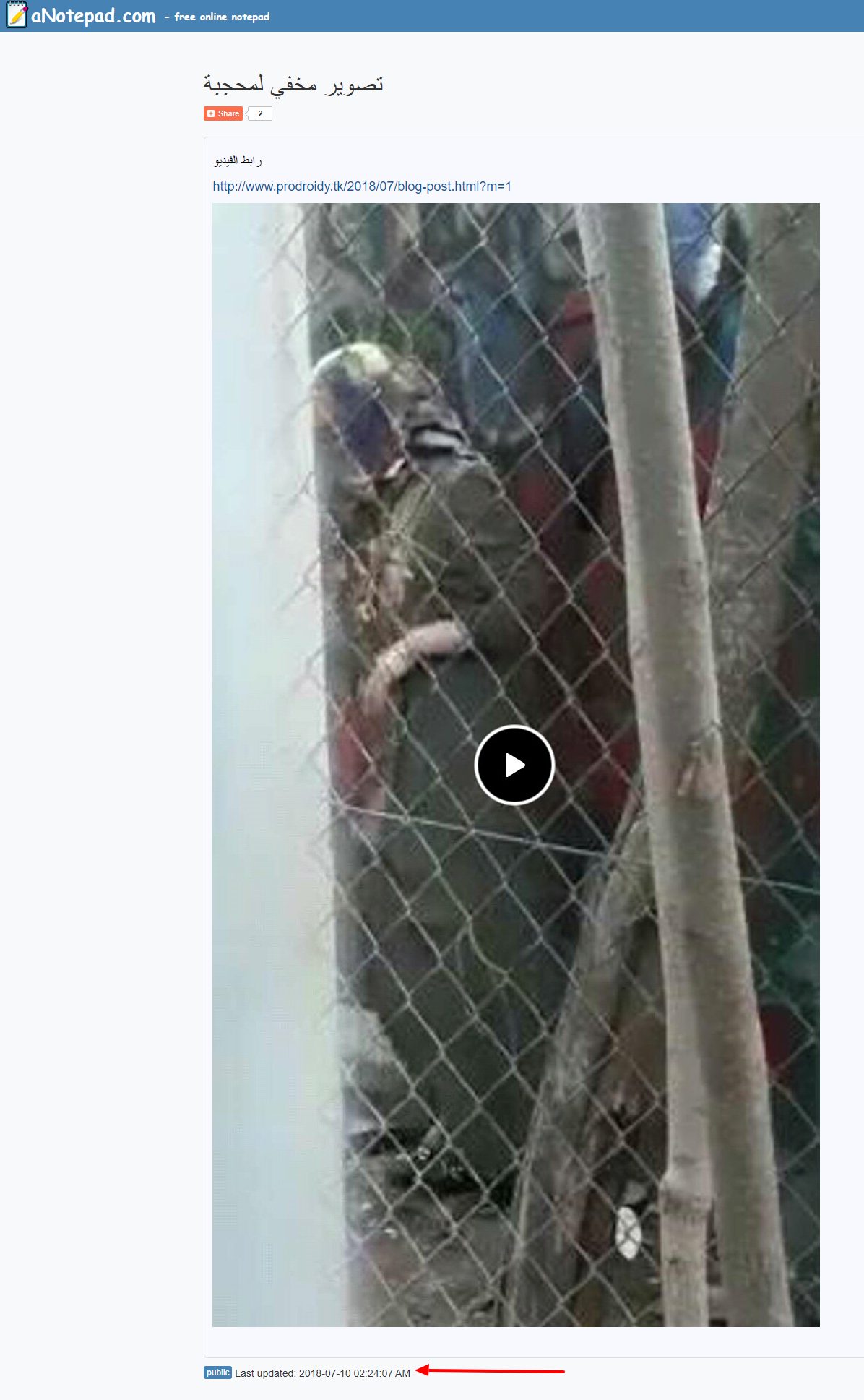 Therefore, an unrelated image and a screengrab of pornographic video are circulating with false claims targeting JMI scholar Safoora Zargar.