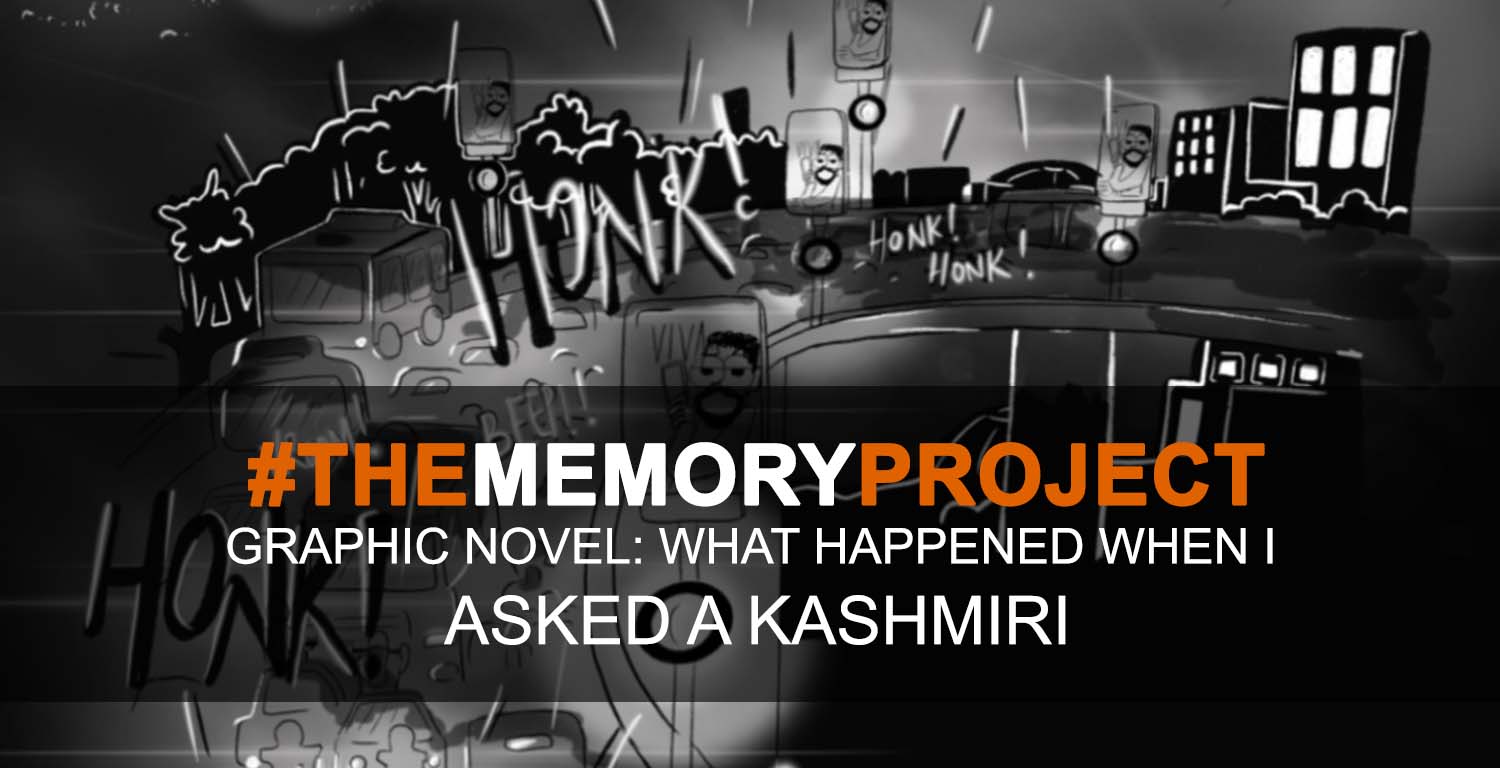 Liz George, a cartoonist from Kochi was struggling to make comics in support of Kashmiris during the 2019 clampdown.

While the media showed a different picture, she did not know how people were going about their everyday lives.

So she decided to ask a Kashmiri.

Living in the 21st century and not being able to communicate, not having access to information seems unimaginable, but it is our reality in Kashmir.

We have spent so many summers without it. An unprecedented crackdown in August 2019, when Article 370 was unanimously revoked, for months with no network coverage, made life chaotic.

Families were short of essentials, schools were shut, travel was restricted, countless casualties were being reported.

For the sick, even basic healthcare was difficult. After hours of discussion with my family, I had to fly out to continue my treatment which would otherwise have been basic. While I felt a sense of freedom leaving the open air prison of Kashmir, I couldn’t really leave.

An utter disregard of the realities of Kashmir outside was something that I could not fathom.

I was appalled at the injustice done to the natives and wanted to show my support in some form.

I had no source of information other than the vague news references from some international journals. Coincidentally, my friend Faizah from Kashmir had to fly out to Chandigarh to get treated.

The graphic novel details the events that occur in our lives since the clampdown. And how we realised the meaning of freedom being so different to both of us.

The graphic novel titled, ‘ask a Kashmiri’ is an independently published series by Liz George. It debuted in the Indie Comix Fest Kochi, 2019.

The book is edited by Pete Jaison, and script and illustration are by Liz George.

You can check her work on LizGeorge.in