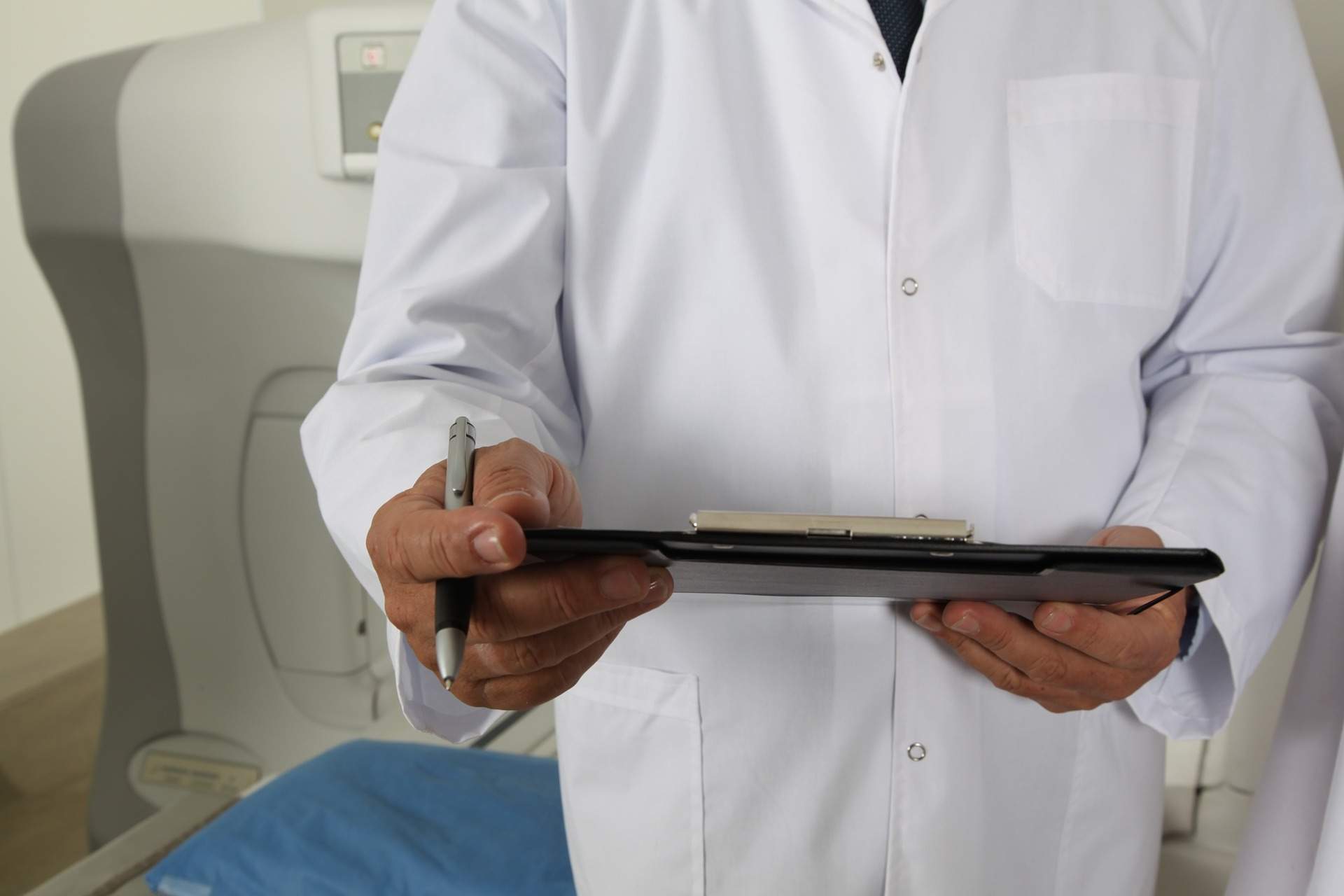 ‘Persons possessing such certificates will not be allowed practice modern medicine’

Srinagar: The Medical Council of India (MCI) has said that the medical qualification obtained from Pakistan administered Kashmir (PaK) will not be registered and persons possessing such certificates will not be allowed to practice modern medicine in India.

The MCI move comes months after the Indian Metrology Department (IMD) stated to issue the weather updates of the areas that are part of Pak. 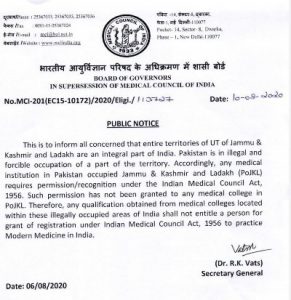 In a notice issued, Rakesh Kumar Vats, Secretary General of the MIC, said: “This is to inform all concerned that the entire territories of UT of Jammu and Kashmir and Ladakh are an integral part of India. Pakistan is in illegal and forcible occupation of a part of the territory”.

The notice further states that any medical institution in Pak and Ladakh requires permission/recognition under MCI Act, 1956.

“Such permission has not been granted to any medical college in PaK,” Vats said in a statement.

He said, “Therefore, any qualification obtained from medical colleges located in these “illegally occupied areas of India” shall not entitle a person for grant of registration under the Indian Medical Council Act, 1956 to practice modern medicine in India.”

The notification from India about medical professionals comes days after the Prime Minister of Pakistan Imran Khan led government in Pakistan unveiled a new political map which includes the Jammu and Kashmir as part of Pakistan.

On August 4, the Pakistan cabinet led by Prime Minister of Pakistan Imran Khan, approved the new map in which the complete Jammu and Kashmir, is shown integrated with Pakistan.

Khan, according to the reports, said that JK is “illegally occupied” by India and the disputed territory and its status is to be decided with relevant UNSC resolutions.

“This is the most historic day in Pakistan’s history,” the reports quoted Khan said while addressing a news conference after chairing the meeting of the federal cabinet, which approved the new map.

“Today is a historic day we have launched a new political map of Pakistan which is as per the aspirations of the entire nation as well as the people of Kashmir,” Khan said during the conference adding that the new map is backed by all political parties of the country.

“Pakistan will continue to make efforts for the people of Kashmir,” said Khan adding that the dispute can only be resolved through political means not military.

On August 5, 2019, the government of India abrogated Article 370 of Indian constitution that granted the special status to JK and bifurcated the erstwhile state into two Union Territories- JK and Ladakh.