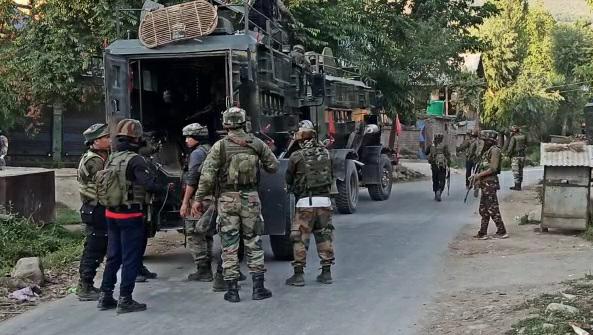 Srinagar:: A Lashkar-e-Toiba commander was among two militants killed in a brief gunfight at Ganapora, Kralgund area of Handwara in North Kashmir’s Kupwara district.

Officials sources that two militants including a Lashkar commander Naseer-u-Din Lone were killed in a gunfight.

They said that operation was launched after a joint team of armed forces personnel launched cordon and search operation in the area following specific inputs about the presence of militants.

In this regard, an army spokesperson said that joint operation was launched on Wednesday late evening in the orchards of Ganipora. “Cordon was laid and contact established. Firefight ensued. Two militants were killed in the gunfight, Joint operation in progress,” the spokesman said in a statement.

Inspector-General of Police Kashmir Vijay Kumar tweeted: “Handwara encounter update: LeT commander Naseer-u-Din Lone, who was involved in the killing of three CRPF jawans at Sopore on May 4 this year, got killed.”

This was the second encounter in a day on Wednesday. Earlier, one unidentified militant was killed in an encounter South Kashmir’s Shopian district.