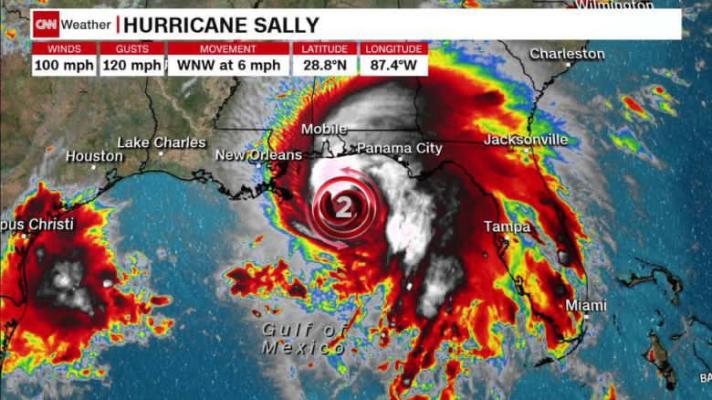 Srinagar: For the second time in history, the Atlantic Ocean has five active tropical cyclones at the same time in its prime hurricane season.

“Swells produced by Paulette are affecting portions of Leeward Islands, the Greater Antilles, the Bahamas, and the United States,” the National Hurricane Center (NHC) says. “These swells could cause life-threatening surf and rip current conditions.”

Paulette is also anticipated to widen as it sweeps into the open Atlantic. The hurricane could acquire ‘major hurricane status’, with wind speeds of at least 111 mph, on Wednesday.

If this occurs, it would only be the second hurricane to achieve this distinction so far this season. The Atlantic Hurricane Season typically averages three major hurricanes in total.

Tropical Depression Rene, which had once been a tropical storm this past weekend, will continue to weaken as it tracks through the central Atlantic Ocean. This storm is not expected to impact any land and is also forecast to dissipate within the next two days.

As of right now, Sally is forecast to make landfall either on Tuesday or Wednesday somewhere near the Louisiana-Mississippi state line. The average forecast track error from the NHC (48 hours out) is about 80 miles, so it is too early to determine exactly where the centre of Sally will hit directly.

The NHC cautions that people along the coast should not focus on the specific details of the track but rather the overall impact of the storm.

Tropical Storm Vicky is currently over the eastern Atlantic, just a few hundred miles west of the Cabo Verde Islands. Vicky is the earliest 20th Atlantic named storm on record, breaking the previous record set by Tammy on October 5, 2005.