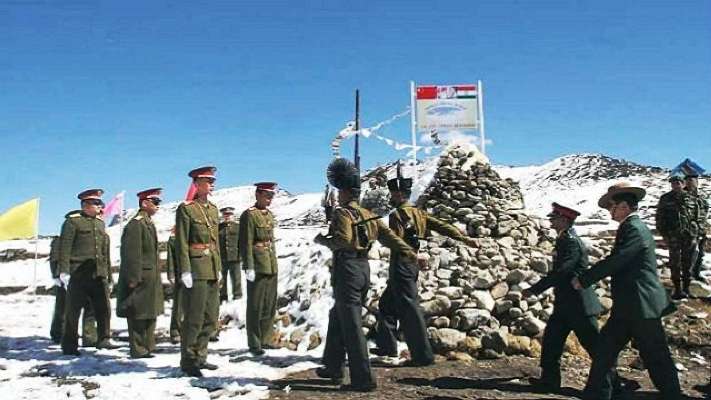 New Delhi: As the talks held a day ago “could not cover all the points of contentions”, the commanders of India and China military are expected to meet again in a few days, reports claimed.

On Monday, the military commanders of both the countries India and China met at Moldo as part of an agreement between the foreign ministers of two countries.

Quoting government sources, a report published by a Delhi based newspaper Hindustan Times, described the nature of talks as “complex” with each side holding its ground but agreeing that India and PLA needed to completely disengage to ensure peace in border areas.

“We will need at least two more rounds of talks at the military-diplomatic level before a consensus on disengagement exercise is reached,” the report quoted a senior official as having said.

The report added that road-map to peace on the Line of Actual Control (LAC) is disengagement, de-escalation and then de-induction of both the armies with all steps requiring a certain amount of synchronization.

“The problem is rather serious with PLA deploying huge amount of weapon platforms including intermediate-range ballistic missiles in occupied Aksai Chin to threaten India. It is quite evident from the satellite imagery that PLA has packed Aksai Chin with heavy weapon platforms and continues to build-up on the airbases in the Western Theatre Command. Apart from missile silos in Xaidulla, just across the Karakoram Pass, in Xinjiang and Qizil Jilga in Tibet, PLA is playing the psychological warfare game to the hilt in Ladakh with rocket regiments, the surface to air missile batteries and artillery guns deployed,” the report mentioned.

In south china as well, the report said PLA made a test-firing both DF-26 and DF 21-D missiles to threaten the exercising US navy aircraft carriers, Ronald Reagan and Nimitz.

“Despite having intercontinental ballistic missiles (ICBM) in its arsenal, China is part of no international treaty on strategic arms reduction and the need for it to join tripartite talks with Russia has been a regular refrain of the Trump administration,” the report said.

The report further added that the removal of heavy weapon platforms and missile delivery systems is phase II of the disengagement process and may take the entire 2020 winter, just as the de-induction of troops will take time.

“The Indian army;  however, is not deterred by PLA’s psy-ops in Aksai Chin and is ready with a counter in case of a worst-case scenario. Just as China has missiles to cover entire India, the converse is also true even though there would be a mismatch in numbers in favour of Beijing,” HT quoted a senior Indian military commander, as having said.