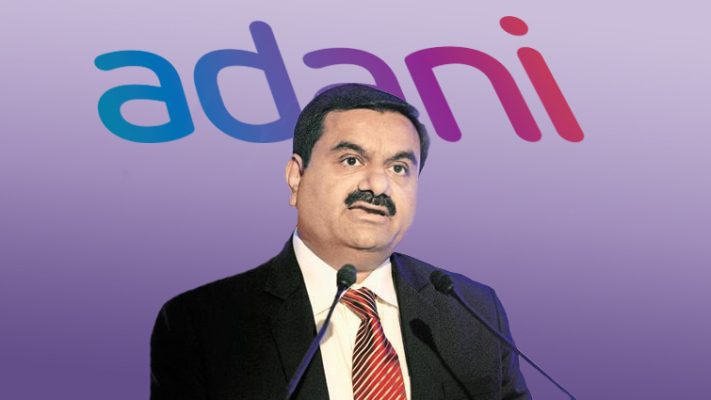 India’s Adani Group is in a bind for developing a port in the main city Yangon through a lease deal with military conglomerate Myanmar Economic Corporation following pressure increase on foreign companies operating in Myanmar after the February 1 coup and a brutal crackdown on protestors, Scroll reported quoting ABC News report.

According to leaked documents from the Yangon Region Investment Commission accessed by ABC News, the Adani Group is paying $30 million to the Myanmar Economic Corporation in “land lease fees”, the report said.

However, the report said videos and photos accessed by ABC reveal that Adani Ports chief executive Karan Adani had in July 2019 met Senior General Min Aung Hlaing, the army chief who led the coup against the elected government. Some generals, including Hlaing, were then already under United States human rights sanctions for their role in a campaign against the Rohingya Muslim minority, which sparked a refugee crisis in 2017.

On March 25, the US imposed sanctions on the Myanmar Economic Corporation along with Myanmar Economic Holdings Public Company Limited, according to a statement on the Treasury Department’s website. The move by Washington freezes any assets held by the entities in the US and targets the business interests of Myanmar’s military. “The companies dominate certain sectors of the economy, including trading, natural resources, alcohol, cigarettes, and consumer goods,” the statement said, according to the report.

The report added that current and former high-ranking officials in the Tatmadaw, as the military is known locally, including Hlaing, have significant control over the two holding companies and their subsidiaries.

The Myanmar Economic Corporation is likely to get another $22 million as “land clearance fees” for the port despite these international developments, the news report quoted a joint report by the Australian Centre for International Justice and activist group Justice For Myanmar as having said.

The ABC report quoting author of the report and human rights lawyer Rawan Arraf said that the documents were leaked after the coup last month.

“What these documents reveal in particular is the amount that was provided to the MEC, a Myanmar military conglomerate that is controlled and owned by the Myanmar military [which] stands credibly accused and is being investigated at the International Criminal Court and the International Court of Justice for crimes against humanity, war crimes, and even in the case of the crimes against the Rohingya, genocide,” the report said Arraf as saying.

“Adani has been put on notice several times publicly, and they’ve refused to disengage from their Myanmar deal with [MEC] and that’s a real problem.”

Arraf added that the funds from Adani Group could also be used by the Myanmar military for international crimes.

The ABC News quoting Australian lawyer Chris Sidoti, who was part of a 2019 United Nations fact-finding mission to Myanmar, said that “the question for Australia and Australians is whether we want to be hosting a company that is contributing to the enrichment of the Myanmar military”. Sidoti was referring to Adani Ports involvement in another international project, one for the Abbot Point coal terminal in Queensland, Australia.

“The question for investors in Adani is whether they want to fund the operations of the Myanmar military, because that is what they are doing indirectly by investing in Adani,” Sidoti added, according to the report.

The US sanctions have also ramped up pressure on the Australian government’s Future Fund to cancel its $3.2 million investment in Adani Ports. But a spokesperson of the Future Fund said they have no plans to dump the deal.

“Where the federal government applies sanctions, the Future Fund does – as you would expect – observe such measures,” the report quoted her as having said.