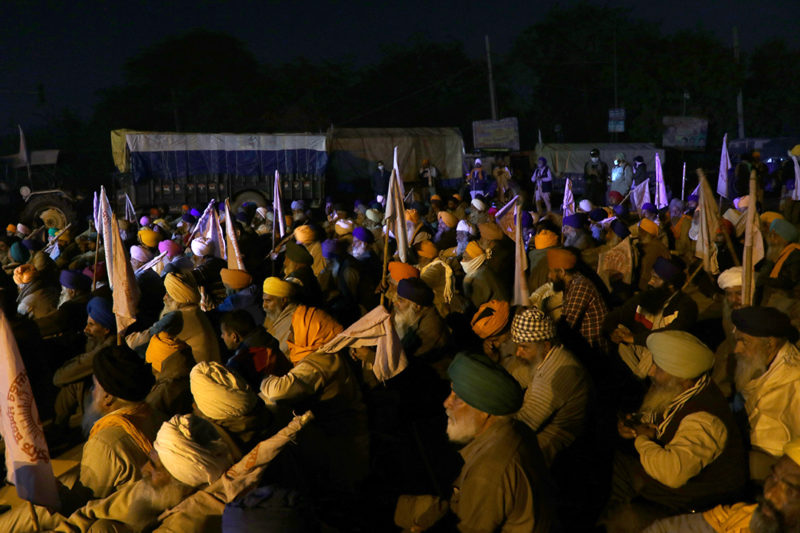 New Delhi: Day after Prime Minister of India Narendra Modi announced a rollback of controversial farm laws, Samyukt Kisan Morcha (SKM) has written an open letter to Modi requesting him to resume talks to resolve six pending demands of the farmers apart from waiting for withdrawal of farm laws in Parliament.

“We want to assure you that we are not fond of sitting on the streets. We too desire that, after resolving other issues as soon as possible, we return to our homes, families and farming. If you want the same, then the government should immediately resume talks with the Samyukt Kisan Morcha,” Samyukt Kisan Morcha (SKM), an umbrella body of farmers’ unions that is leading the protests, stated in its letter.

The farmers will continue with their pre-decided programme till November 29, the first day of the winter session of Parliament, the body announced.

The six demands include surety on Minimum Support Price: MSP based on the comprehensive cost of production (C2+50 per cent) should be made a legal entitlement of all farmers for all agricultural produce, so that every farmer in the country can be guaranteed at least the MSP announced by the government for their entire crop.

Withdrawal of draft “Electricity Amendments Bill, 2020/2021” proposed by Centre: SKM stated that during the talks, the government had promised that it would be withdrawn, but it was included in Parliament’s agenda and is still pending.

Removal of penal provisions on farmers in the “Commission for Air Quality Management in the National Capital Region and Adjoining Areas Act 2021”: SKM has demanded that the government should remove section 15 of the act which allows a possibility for penal action against farmers in case of stubble burning.

Withdrawal of criminal cases against farmers: Thousands of farmers have been implicated in hundreds of cases during the movement (June 2020 till date) in Delhi, Haryana, Chandigarh, Uttar Pradesh and several other states. They now demand that these cases should be withdrawn immediately.

Sacking and arrest of Union MoS Ajay Misra from his post over the Lakhimpur incident.

Land for the construction of a martyr’s memorial at Singhu for the alleged 700 farmers who died during the protest, along with compensation to families.

The SKM has asked all the protesting farmers to participate in the Lucknow Kisan Mahapanchayat on November 22 as well as at all protest sites on the first anniversary of the farmers’ protest on November 26.

The next meeting of the farmers’ body is scheduled for November 27 where a decision will be taken on the future course.