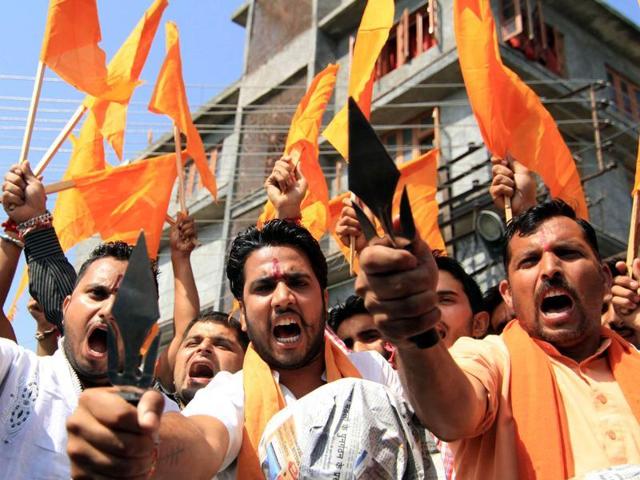 Maharashtra: Ex-Rashtriya Swayamsevak Singh (RSS) volunteer, Yashwant Shinde, reportedly filed an affidavit in a Nanded court alleging that the RSS was involved in a series of bomb blasts across the country. His damning allegations also said that it was done with the aim to help the BJP win elections.

A video of Yashwant Shinde has gone viral in which he says that he is a witness to the bomb blast training.

According to the affidavit, Shinde said, “In 1999, while the applicant was in Maharashtra, Indresh Kumar told him to get hold of some boys with a fighting spirit and take them to Jammu where they would be trained in the use of modern weapons.”

“For selecting the boys for this purpose, there was a state-level meeting of VHP in Thane (Maharashtra). In that meeting, the applicant got introduced to one Himanshu Panse of Nanded. At that time Himanshu Panse was the full-time worker of the VHP in Goa. He and his 7 friends were selected for training. The applicant took Himanshu and his 7 friends to Jammu. There they received training in modern weaponry from the Indian Army jawans,” the affidavit read.

Among them, Shinde, who claimed he is a staunch believer of Hindutva and one who considers the Hindu religion a noble one devoid of terrorist tendencies, named three persons who masterminded the blasts for RSS and VHP.

Besides, Indresh Kumar, and Himanshu Panse, the affidavit named Milind Parande, Rakesh Dhawade, and Ravi Dev (Mithun Chakravarty) as the main conspirators in the case. While Milind Parande and Rakesh Dhawad organised the training camps, it was Ravi Dev who imparted training in bomb-making, Shinde said.

He further noted that he was not on the side where his masters were and that he did not wish to be part of heinous crimes. He also claimed that he even discouraged those with whom he had better connections in the RSS from carrying out bomb blasts. Thus, he saved the lives of many innocent Hindus, Muslims, and Christians, the affidavit said.

“As the RSS and VHP’s plan of causing blasts throughout the country was not as successful as was expected the BJP was not politically benefitted. Consequently, in the 2004 elections, the Congress party got the majority. Persons like Milind Parande who were the main conspirators were scared and went underground, but they continued hatching conspiracies secretly. By remaining underground they carried out many bomb blasts across the country and with the help of biased police and one-sided media blamed them on Muslims. That helped them in 2014 Loksabha elections,” read the ex-RSS member’s affidavit.

According to Shinde, in 2014, the BJP captured power at the GoI and Narendra Modi became the Prime Minister. This resulted in the sudden activation of all the underground destructive forces belonging to VHP and RSS.

In the affidavit, the applicant states that the three persons mentioned are the main conspirators in the Nanded blast case of 2006 and requested they are to be brought before the law.