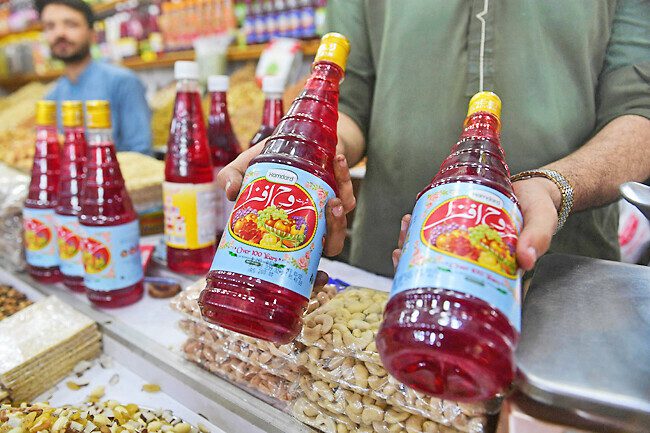 New Delhi: The Delhi High Court has permanently restrained retailers on e-commerce platform Amazon from selling sherbets made in Pakistan under the ‘Rooh Afza’ brand owned by India’s Hamdard.

The court’s verdict came after the Hamdard National Foundation (India) approached it with a complaint that sherbets manufactured in Pakistan were being sold in India under identical name, PTI reported.

The report said HC decreed the suit in favour of Hamdard which had adopted the mark ‘Rooh Afza’ in 1907. The company sells over Rs 200 crore worth of products under this brand name annually.

Justice Prathiba Singh also said in case any other listings infringing the plaintiff’s (Hamdard) ‘Rooh Afza’ mark are found, it shall be brought to the notice of Amazon India and the same shall be taken down in accordance with the Information Technology (Intermediary Guidelines and Digital Media Ethics Code) Rules.

As per the news agency report, the HC order came while deciding the trademark infringement suit filed by Hamdard National Foundation (India) and Hamdard Dawakhana, which is also trading as Hamdard Laboratories India, against Amazon Seller Services Pvt Ltd and Golden Leaf.

The plaintiffs claimed a company named Golden Leaf was selling products under the ‘Rooh Afza’ mark on Amazon India which were not sold by them.

They said the product, which infringed their trademark, was manufactured in Pakistan and it does not comply with the requirements of the Legal Metrology Act and the Food Safety and Standards Act which governs such products in India.

The plaintiffs also pointed out that three purchases were made by them from three sellers through the Amazon platform and on all occasions the product was claimed to be manufactured by Hamdard Laboratories (Waqf) Pakistan.