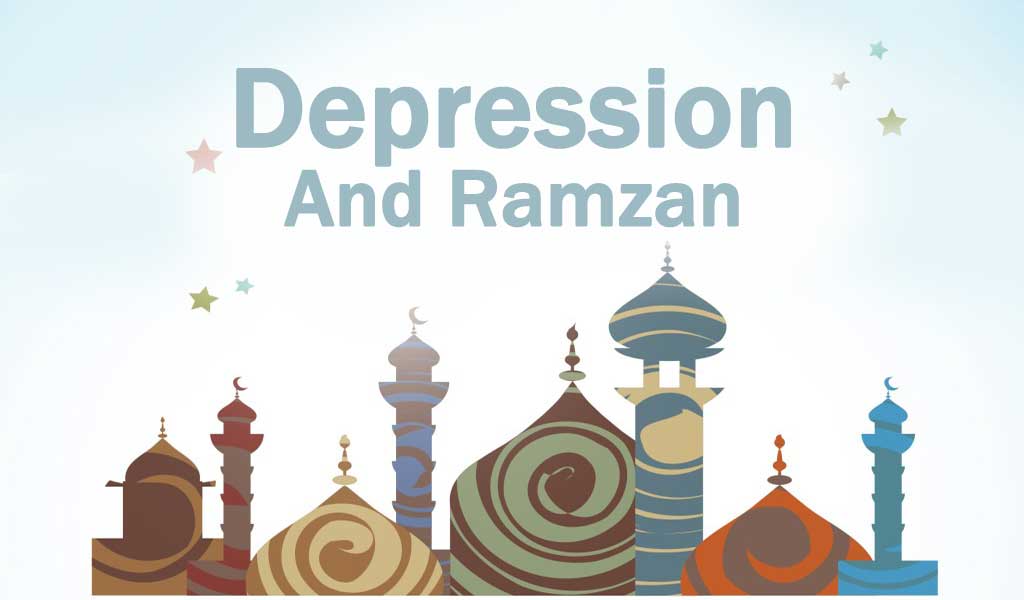 On the left side of his bed was a small space. Though Iqbal (name changed) had a spacious room, he preferred to fit his body in that

tiny space. He wanted to die and would think of it as a grave. Iqbal still runs out of words and courage when he is asked about what had snatched the colours from his life.

However, a month of blessings arrived to heal Iqbal’s scars that were invisible to all. A month of Ramzan changed his habits and perspectives. Science has an explanation for this. Read on.

Iqbal, in his twenties, could never ask anyone for help and preferred to suffer in silence. The Ramadan of 2014 was not the first one for him. However, it bought him out of the deep dug hole. “I had lost my friends. I wanted no one around. My family could not understand my frustration. I had started to believe that I was like that. But, the experience of 2014 Ramadan changed me positively,” he says.

Iqbal says that he was a Muslim but he never had really practiced his religion, Islam. However, he recalls that he was inspired by the way people changed with the onset of Ramadan, the ninth month of the Islamic calendar when the Muslims worldwide fast to commemorate the first revelation of their holy book – Quran.

Iqbal’s anxiety would not let him eat and Ramadan was all about fasting. He would be forced to spend some time with the family during the Sehri (pre-dawn meal consumed by Muslims before fasting) and Iftar (when Muslims break the fast). Soon, he started praying at Masjid where he would find solace after everyone would be gone.

“I would cry. My heart had started to melt down. I had started to believe that there is someone out there who hears me when I am silent, who can help me out. I would listen to Khutbas online and in the Masjid and my interest in religion began to increase,” says Iqbal.

He also says that his faith strengthened and he had started to spend time outside his room or on his bed, instead of the grave he had
created on its left.

Iqbal is not the only person who has experienced such a change in Ramzan. There are many others who have been suffering and
psychiatrists say that Ramadan does help them too.

A study on ‘Mental Health and Illness in the Valley- A Community-based Prevalence Study of Mental Health Issues in Kashmir’ conducted by Institute of Mental Health & Neurosciences, Government Medical College, Srinagar in collaboration with a Non-Governmental Organisation ActionAid suggests that 11.3 percent of the adult population in Kashmir suffers from mental illness.

It also finds that the prevalence of mental health disorders was more in females (12.9%) than males (8.4%).

Dr. Arshid Hussain, a renowned psychiatrist from the Valley, who also led this study, told FreePressKashmir that much of the mild to
moderate mental disorders can get better in the holy month of Ramadan.

Dr. Arshid said, “Fasting does not only cause the physical deprivation of food. I know many patients who really feel better during this
month because they forget their sadness.”

Referring to the spiritual part of Ramzan, he said, “The psychotherapies that work on people work because people have a belief on
the other person that he is a healer. Just that faith can help you. In Kashmir, people live with the faith that the greatest healer is Allah. This month somehow connects them to that greatest healer. And then they feel much better when they have the spiritual link to the
Ramzan,” Dr. Arshid said, forms a cycle that makes one feel less stressed or u-stressed.

“In a common man’s language, Ramzan gets you good hormones and stops the bad ones from getting released. It actually furthers the well-being,” says Dr. Arshid.

He also said that at present, one of the most popular therapies given by psychiatrists is the Cognitive Behavioural therapy which is widely used in the world for the intervention in mild-moderate depression.

“This therapy works on principles like we can physically choke or modulate a human being’s behaviour in a particular way. Like, when he has to wake up in the morning, when he will go for a morning walk, when he will have tea, go to office, come back, have dinner, spend time with family and sleep,” said Dr. Arshid giving a scientific explanation while pointing out the resemblance of the therapy with the schedule followed by Muslims during Ramzan.

He also said that the bio-resume or basic rhythm of people who have mental illness gets distorted and disturbed and fasting in Ramzan gets those rhythms back to normal which is something that can be enjoyed by a mentally sound person only.

However, he also said that there are certain people who are severely mentally ill, who are exempted from fasting in Islam as well, making them fast won’t help.

“Also, there are some kinds of treatments wherein dehydration might lead to imperial levels of meditation. We take caution in that. But, generally speaking, we lower the use of that drug with the patient’s consent who wants to fast on his own,” he said while stressing upon that the patients are always asked not to compromise with their sleep.