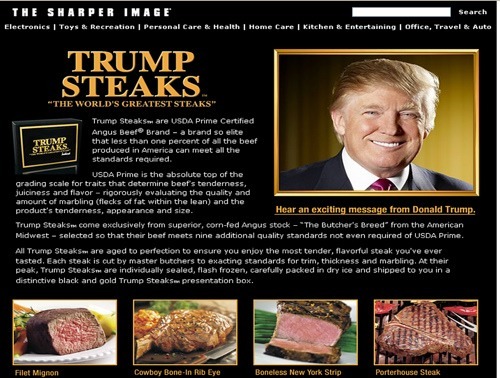 Two days ago, on 27th June 2017, The Indian Prime minister Narendra Modi met the American President Donald Trump who described the leader as “a true friend”.

The two leaders spent time together, talking about issues including terrorism, and economy, but did not take any questions from the media.

Over the recent past, India and United States have come closer, which is seen as an alliance to curb the growing influence of China.

Trump, who has been a hotelier and a businessman, has launched many products. The product that takes the limelight, however, is Trump’s beef steaks, the mention of which has been enough reason for getting lynched in India, where Modi’s political party the Bhartiya Janata Party (BJP) has banned it in many states.

Despite their differences over beef, the two leaders have a lot in common other than their shared interests over curbing China. Both the leaders have been extremely active on twitter, sometimes making announcements on the social networking site. Trump tweeted over 260 times during his first week in the presidential office, while Modi’s twitter handle has over 31million followers.

2. The Love for camera While it is famous about Modi that he always knows where the camera is, a Trump video which had gone viral, showed him pushing away a NATO leader to come in front of the camera.

3. Hate for the Media Both the leaders hate opposition by the media. While Trump called the CNN as fake news, the Bhartiya Janata Party (BJP), to which Modi belongs, was blamed for vendetta against the channel NDTV when its owner was targeted by the Central Bureau of Investigation (CBI) who raided his residence. Modi and Trump both have been on the same page when it comes to Global Warming. While Trump insists that Global Warming is a Chinese conspiracy, the Indian PM has claimed that it is an old man’s tale. Both the leaders are (in)famous for announcing decisions which have huge impacts, without looking into the human costs of these decisions. Trump in his election rally announced that he would build a wall to keep away Mexicans. Modi in a similar way, after coming to power, through demonetisation, declared a major portion of the currency in circulation as illegal.

6. How they treat women.

While a lot of experts on body languages have compared Trump’s behaviour with Omaba, and how they treat their wives, and women in general, Modi has been heavily criticised for abandoning his wife. Modi’s “despite being a woman” remarks took the internet by a storm.