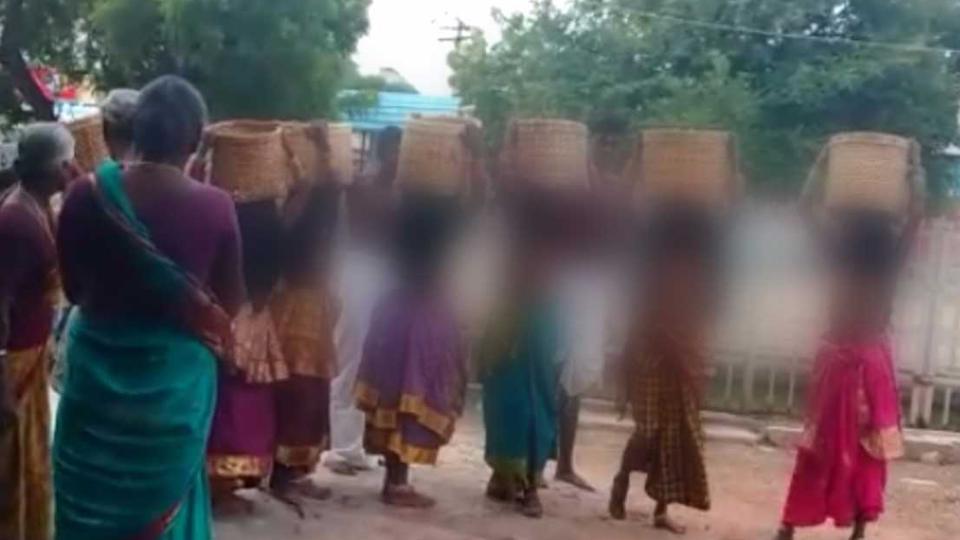 Madurai: Residents of Vellalur Nadu near Sivaganga district, in the south Indian state of Tamil Nadu, organise a 15-day festival for their deity – Ezhai Kaatha Amman (goddess, who protects the poor).

The custom of this festival emphasizes on the priest of the temple to select seven adolescent girls in the pre-puberty stage, from age 11 to 14.

Girls from 62 villages are offered by families, who are then paraded before the priest of the Yezhaikaatha Amman temple at Velalur who in turn selects seven for the ritual.

The temple in Vellalur village of Madurai district follows this ancient tradition where after the selection, the bare-chested minors live in the temple for a fortnight. The girls are forced to remain topless and cover their upper body only with jewellery and flowers till the festival ends.

The selection of the minor girls happens without their consent and are forced by parents to follow the practice.

On the last day of the festival, women from the village and the seven girls are asked to carry pots of liquor as an offering to the goddess. While doing so, women too are not allowed to wear blouses, New Indian Express reported.

“This is a custom that we are practicing for so many years now. During the festival, for 15 days, these children are treated as goddess. It would indeed be a matter of pride if our child is selected as one among the seven. Everyday, they have to perform activities that relate to the amman and they will not be allowed to attend school for 15 days,” said Shanthi, a resident of Vellalur, to New Indian Express.

According to Hindustan Times, the editor-in-chief of the news website, Covai Post, in Coimbatore has complained that she has been receiving threatening calls ever since it ran the story of the bizarre ritual.

The editor has filed a police complaint.