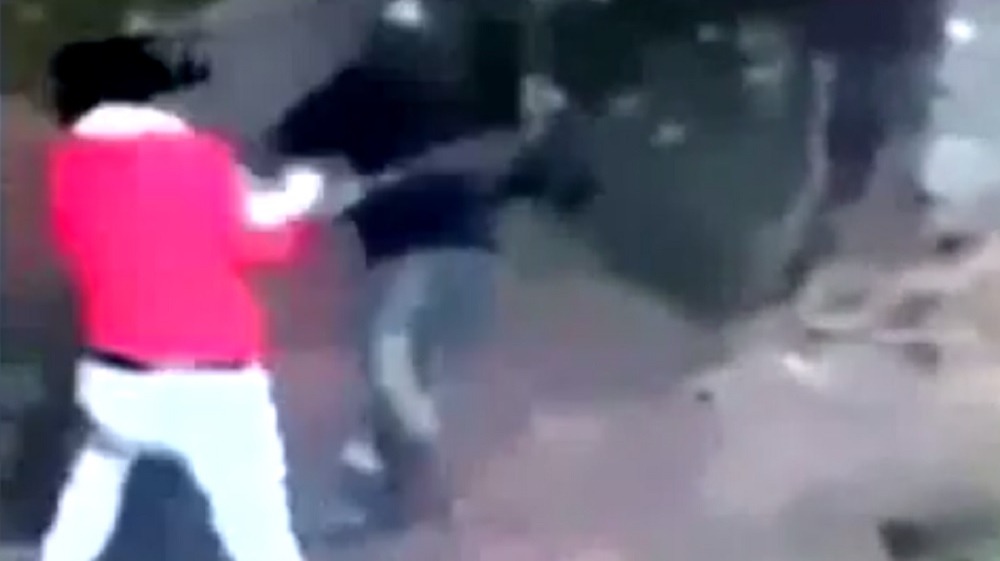 On December 7, a horrific video emerged from Rajasthan. In the gruesome clip that shook the collective conscience of the nation, a middle aged man is seen hacked and burned to death. The killer is seen boasting on video of ‘teaching a lesson’ to those who indulge in ‘love jihad’. The sheer savagery of the incident though was clearly not enough for some news channels who instead chose to focus on Mani Shankar Aiyar’s ‘neech’ remark on PM Modi. The gut wrenching news from Rajasthan was largely ignored on prime time.

Republic TV was the usual culprit. Carrying the hashtag #CongNeechPolitics, the channel conducted a prime time debate on the topic. Political mudslinging seemed editorially more important than a story highlighting lawlessness and brazenness of the perpetrators in the Rajasthan hate crime incident. Republic TV also ran a poll on its twitter page asking viewers the question “Will ‘neech’ insult backfire like ‘chaiwala’ did in 2014?”

#CongNeechPolitics | Will ‘Neech’ insult backfire like Chaiwala did in 2014?

The channel kept the heat on the Mani Shankar Aiyar story throughout the day, tweeting reactions of all and sundry. The Rajasthan story did not find a SINGLE mention. It was only the next day at 11 am that the channel put the news out on twitter. There was no hashtag for the story.

A shocking video has emerged from the Rajsamand district in Rajasthan of a man murdered and charred to death.https://t.co/3bCEriQnCG

Republic TV’s siamese twin Times Now displayed a similar agenda, debating the remark by Aiyar in its prime time slot at 9 pm. It carried a near identical hashtag #RahulNeechPolitics. Like Republic TV, it posted a poll on twitter with the question ‘Will #RahulNeechPolitics hurt Congress party in Gujarat elections?’

NewsX too jumped on to this bandwagon. In its 8 pm show, the top story again was Aiyar’s remark on PM Modi. The twitter hashtag used by the channel was #NeechAadmi. CNN News18 on its show ‘Face-Off at 9’ was no different. #SibalManiselfgoal was the hashtag and the news from Rajasthan was put on the backburner. India Today and NDTV however covered the Rajasthan hate crime as the top news story of the day in the 9 pm show.

As far as Hindi news channels are concerned, we witnessed a similar trend. Aaj Tak in its 7 pm show ‘India 360’ focused on Mani Shankar Aiyar and his remark. There was no mention of the hate crime. Zee News in its flagship programme ‘DNA’ did not report the news from Rajasthan either. India TV too ignored it.

How did prominent newspapers cover the news?

The asymmetrical coverage was not confined to news channels. We compared the Delhi edition of various newspapers. Times of India in its daily edition devoted more space to Aiyar than the Rajasthan hate crime incident which was restricted to a tiny column on the front page DNA had no mention of the Rajasthan story on its front page. Hindustan Times had a similar template to Times of India, placing the news on the front page albeit in a smaller column. These newspapers too carried Aiyar’s remark as the lead story. On the other hand, The Hindu and Indian Express gave prominent coverage to the news from Rajasthan on the front page.

It is no longer surprising to see sections of mainstream media gloss over news that could put the establishment in the dock for its ineptness if not subtle encouragement to elements who are out to destroy the social fabric. Time and again, it has come to notice that these news outlets have assigned greater importance to stories that draw attention away from issues of governance. A broad pattern of synchronisation among competing media houses is also observable and reeks of a pre-determined agenda to manipulate viewers.

The news earlier appeared on Alt-News.