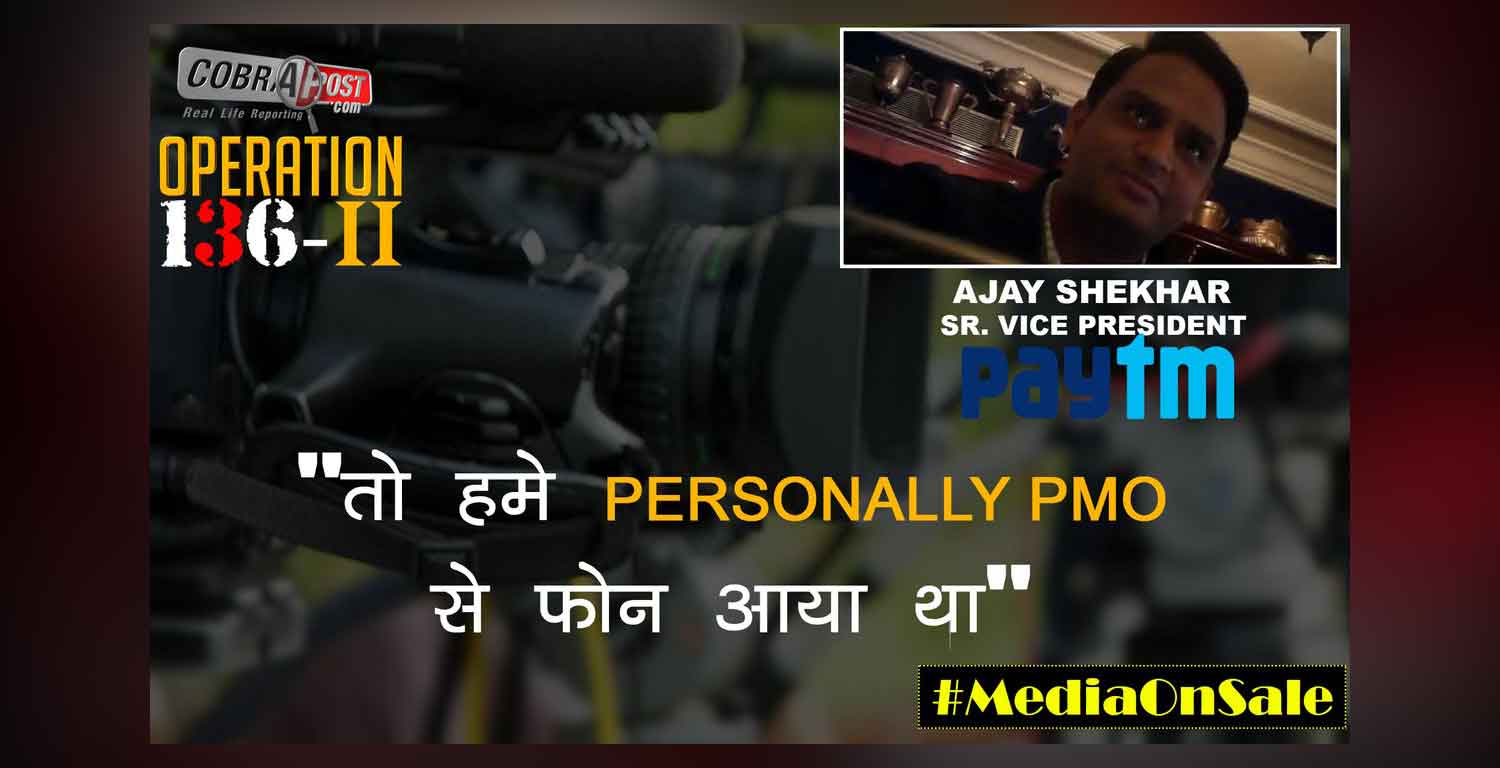 In the fresh expose, CobraPost’s sting operation shows senior Paytm members accepting that they shared data with PMO after they got a call.

‘I personally got a phone call from the PMO,  told us to give them data saying maybe some of the stone-pelters are Paytm users’

Posing as a representative of a fictitious organisation Shrimad Bhagvad Gita Prachar Samiti, journalist Pushp Sharma told the representatives he was meeting that he was on a mission, a gupt vyavastha (secret arrangement), at the behest of the “Sangathan” to bolster the prospects of the party in power in coming elections.

In a rush to prove how close they are both to the government and to the RSS, Ajay Shekhar of Paytm makes the ultimate disclosure: “Jab JK mein band huye the na pathar … toh humari personally PMO se phone aya tha kaha gaya tha ki data de do ho sakta hai ki Paytm user hon (When the stone-pelting stopped there in J&K, I personally got a phone call from the PMO. They told us to give them data saying maybe some of the stone-pelters are Paytm users. Do you understand)?” Hope, Paytm users are listening to what Ajay Shekhar is confessing on camera!

Paytm began its journey in 2010 as a mobile app-based utility payments facilitator. It was founded by One97 Communications founder-promoter Vijay Shekhar Sharma. Its biggest break came in 2016 when the BJP government at the stroke of midnight declared demonetization on November 8, banning with immediate effect currency notes of Rs. 500 and Rs. 1000 denominations. Overnight, the company became a house-hold name while demonetization reportedly helped it earn revenues of more than Rs. 813 crore that fiscal ending March 2017, as it saw a steep surge in its wallet user base from 150 millions to 200 millions, whereas common citizens found their hard-earned money to have become worthless and were forced to stand in queues for hours before banks to deposit old currency notes.