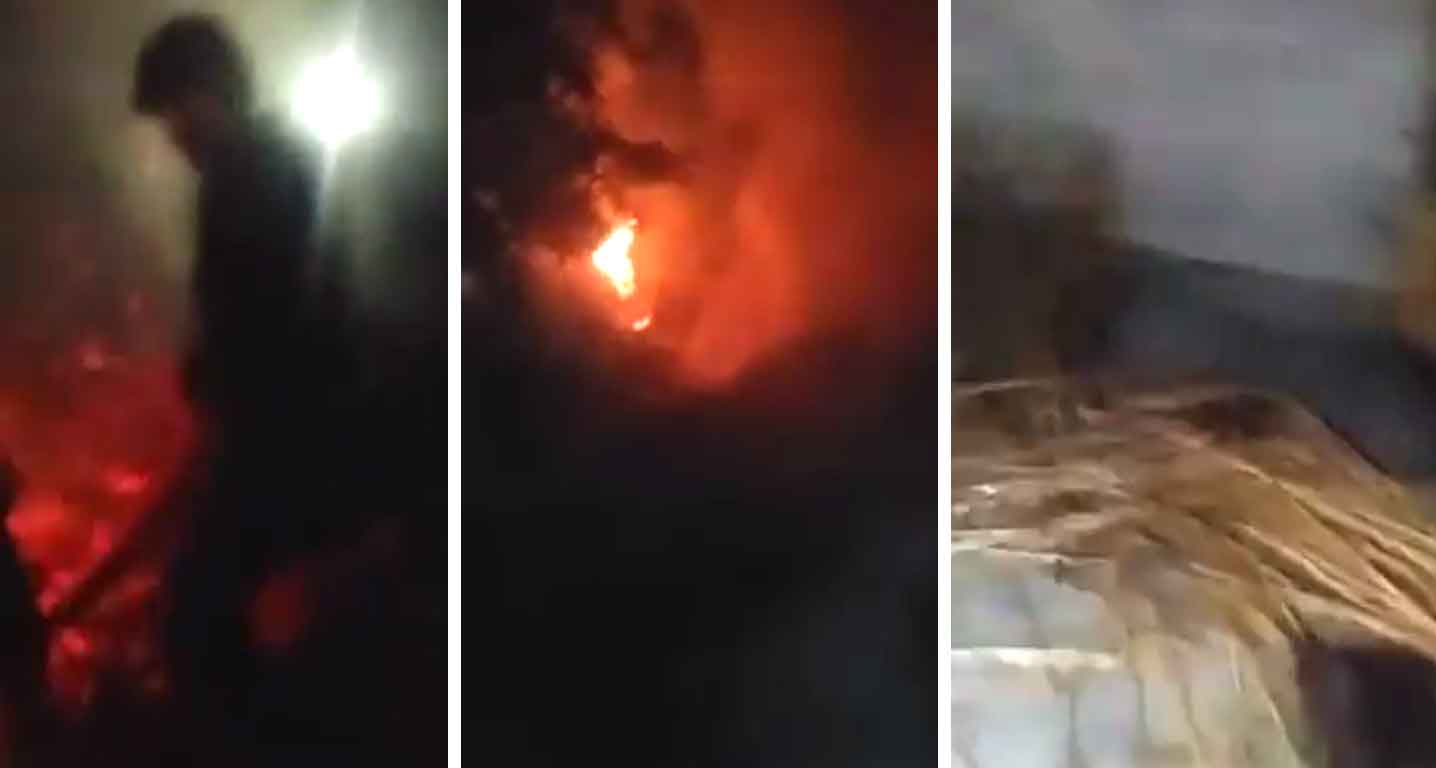 Srinagar: A video clip surfaced on social media on the intervening night of Wednesday and Thursday in which the family of a militant, Adil Ahmad Dar, son of Ghulam Hassan Dar, a resident of Gudibagh, Kakapora, accused the army of attempting to burn down their house by burning stubble around their house.

Residents of Kakapora Pulwama held a protest demonstration against the alleged act.

Protesters including students, shopkeepers and locals assembled at Kakapora Pulwama road shouting anti-governmental slogans demanded an action against the accused.

The protestors also blocked the main Kakapora-Pulwama road and stopped the traffic movement in the area.

Soon after the family raised hue and cry, and with a timely action of their neighbours, the house was saved from burning.

The family alleged that this is the act of 50 RR camp Kakapora Pulwama, however, so far movement of army in the area is not confirmed.