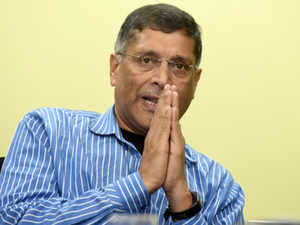 Chief Economic Advisor Arvind Subramanian quit today after four years in what he described as “the best job I ever had, not without controversies sometimes.”

Subramanian started his term as CEA on October 16, 2014 for a term of three years. On the completion of three years, he was asked to continue for a year more, which would have taken his term to October 2018.

Subramanian wanted to go back to the US for personal reasons, Arun Jaitley had announced in a Facebook post earlier.

Profoundly grateful & humbled by these extraordinarily generous words by Minister @arunjaitley announcing my decision to return-for personal reasons-to researching & writing. CEA job most rewarding, fulfilling, exciting I have ever had. Many many to thank:https://t.co/kwsRqDrMTB

“Few days ago Chief Economic Advisor Arvind Subramanian met me over video conferencing. He informed me that he would like to go back to the United States on account of pressing family commitments. His reasons were personal but extremely important for him. He left me with no option but to agree with him,” Jaitley wrote in a Facebook post.