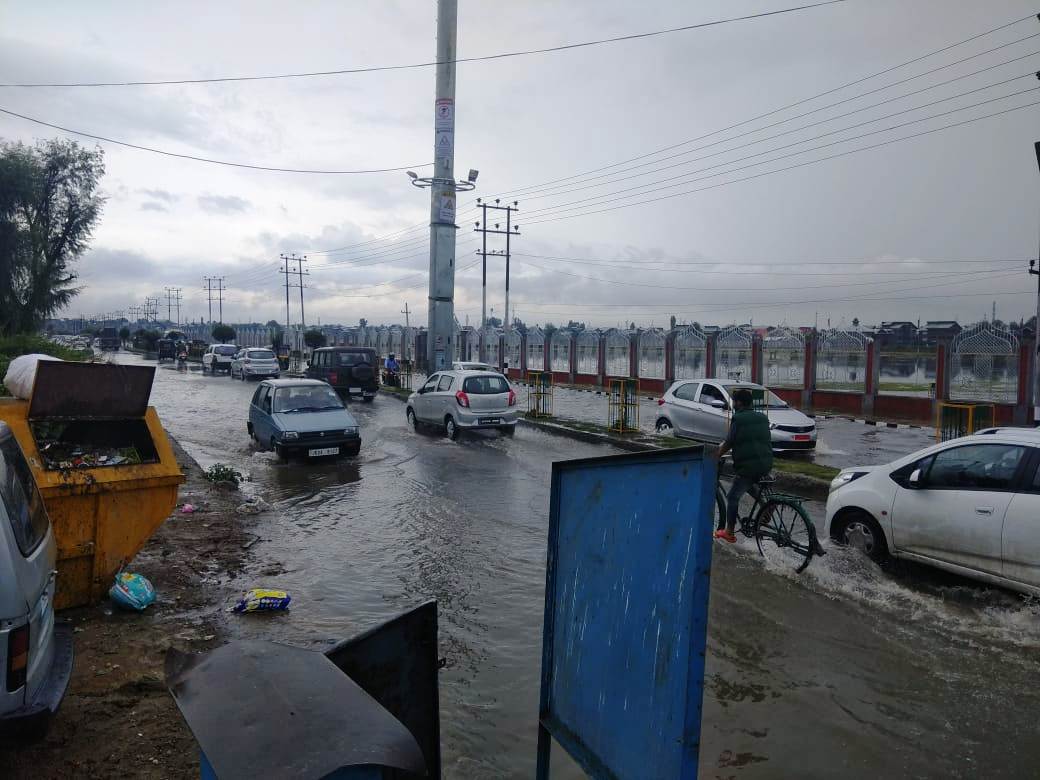 Around 500 drainage schemes were started, of which less than 50 per cent could be completed due to lack of funds

Srinagar: Despite tall claims by the government, light to moderate rainfall on Tuesday once again exposed the poor drainage system here in the city.

Several roads, by-lanes of the city have been under water. “It was difficult for the commuters to walk on various city roads even the commercial hub Lal Chowk, Residency Road and MA Road here literally remained deluged.”

At some busy and important junctions including Regal Chowk, the pedestrians preferred to hire auto-rickshaw to cross the roads. Most of public transport went off the roads due to waterlogging which hampered the smooth movement of traffic.

The problem was compounded by defunct drainage system in various areas. The choked drains, according to locals led to water logging in various city localities.

An official of the Srinagar Municipal Corporation said that there is “poor drainage” system and unplanned constructions.

“In Srinagar city, only 37 percent areas have drainage network that never face water logging. But our officials are on the job to drain out water in all areas,” he added.

The state government has taken hundreds of drainage schemes in Kashmir over the years. Most of them could not be completed due to “lack of funds and coordination” between various departments.

“The Roads and Buildings department has been constructing roads in various areas without ensuring drainage system. The restoration of drainage system and road macadamization should have been done simultaneously,” the official said.

The drainage system in the valley, especially in Srinagar city, was badly hit during the 2014 floods. The Housing and Urban Development Department (HUDD) has not been able to fix it. However, the World Bank had agreed to provide funds for restoration of drainage system of the Srinagar city.

“The World Bank had agreed to provide funds for 42 dewatering stations of Srinagar city,” an official of the Housing and Urban Development Department (HUDD) said.

Sources said that around 500 drainage schemes were started over the years in Srinagar, of which only less than 50 per cent could be completed due to paucity of funds.

Similarly, the residents of various parts of the valley said that they face massive power cuts on Tuesday.