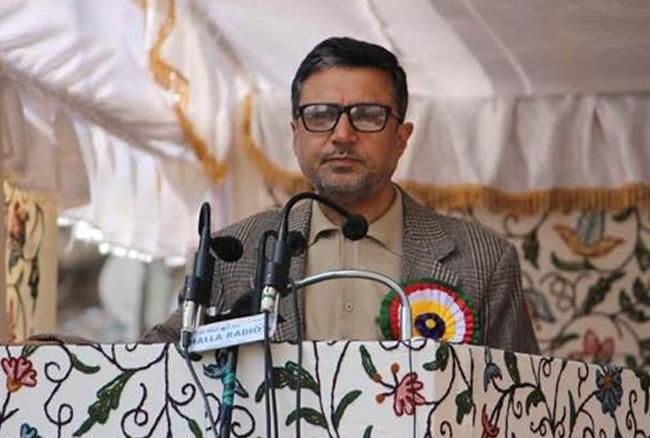 Srinagar: Peoples Democratic Party (PDP) on Tuesday said that the party will not field any proxy candidate for the upcoming Panchayat and Municipal elections in the state, slated to be held from October 08, 2018.

Talking to Kashmir News Service (KNS), PDP chief spokesperson, Rafi Ahmad Mir while reacting to the reports about proxy candidates said, “There was no question of fielding any proxy candidate at this juncture.”

He said that the party keeping in view of the situation on ground that was created due to the Article 35-A case has already decided to boycott the upcoming elections.

PDP chief spokesperson said that the party is not against the democratic processes but at present, a war like situation has been created in Jammu and Kashmir ahead of the polls.

“Several Panchayat ghars were set ablaze by unidentified persons so far. The party after thorough deliberations observed that the people at present are in no mood of Panchayat and ULB polls, therefore decided to stay away from the elections,” he said.

Mir said that the people at present are disturbed and it was imminent for the party to go with the aspirations of people.

Meanwhile, The security agencies are chalking out a proper road map for security in the upcoming Municipal and Panchayat polls in Kashmir and candidates in volatile areas would be asked to hold rallies at designated places.

“Security forces will draw a plan to ensure trouble free panchayat polls. Designated places will be earmarked for rallies given the precarious security situation,” a senior security official said.