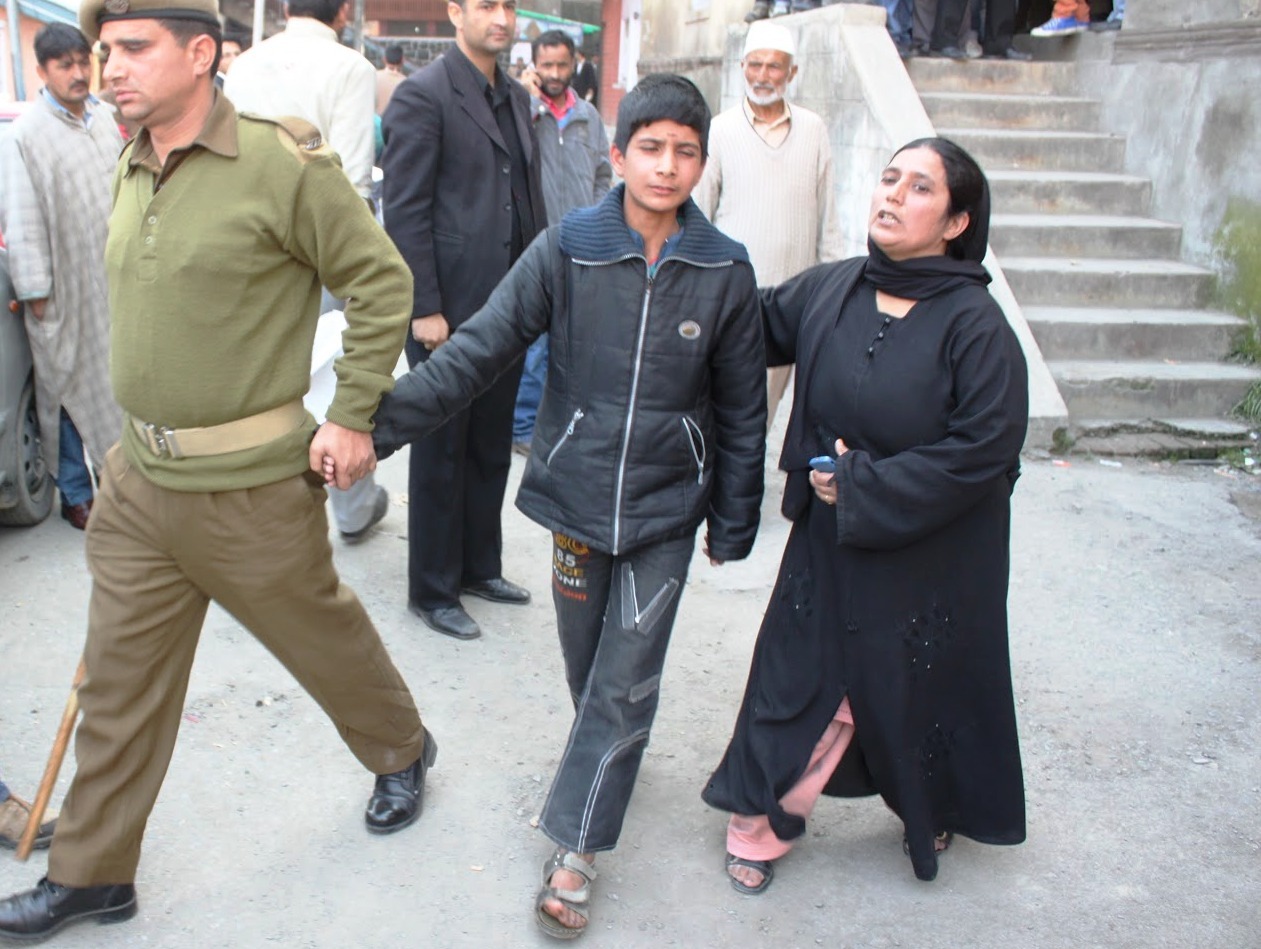 On December 31, 2017, J&K government announced amnesty for 5,500 “first-time offenders” for the year 2016-2017. But it is still not clear how many have been granted amnesty and what are the provisions or modalities under which one qualifies for official pardon.

Ali was elated early this year when he heard that his name was in the amnesty recommendation list. After his amnesty was approved by the Home Department, he had to be present for one final hearing in the district court complex, Bemina where he was asked to sign an undertaking, promising that he will ‘not indulge in such acts of violence again’.

For Ali’s caged ilk, it was a “walk to freedom” after being booked for “waging war against the state”.

The government had announced that cases against “5,500 first time stone pelters” would be withdrawn, subject to conditions prescribed by authorities in 2016. These conditions, however, were never made public.

In response to an RTI plea filed by this reporter, Home Department of J&K government declined to provide any information regarding the number of people who had been granted amnesty or who were awaiting to get amnesty, stating that the information is highly confidential. This reporter made multiple efforts to contact the MHA, the state government and the state police for clarity on the terms of Amnesty and on the discrepancy in the numbers of its beneficiaries. The principal home secretary’s office said it did not have that information.

“The information is not available and might be available with the state government of J&K,” the ministry of home affairs said in its response to the RTI filed by this reporter seeking information on the number of people already granted amnesty and those awaiting it.

As one couldn’t access details from police department relating to individuals booked for various offences in Srinagar district, the analysis based on the available details showed that around 33 percent are students, one as young as 10-years-old.

The oldest in the list is 64-years-old. Most worked as labourers, shopkeepers and salesmen. “Once you look at the ground reality it becomes clear that few would benefit from this (scheme),” said Dr. Sheikh Showkat Hussain, a noted political commentator. “Most of those accused continue to languish in jails or have to go from one court to another. We’ve boys who are being rounded up every time Hurriyat gives a protest call or some VIP visits the Valley. This creates a hostile atmosphere towards the government, hence compelling the youth to join rebel ranks.”

Due to the “improvement” in the situation, the government had decided to grant amnesty to the “misguided” youth who were not involved in heinous offences “so that their career is not ruined”.

On his visit to Srinagar in June 2018, Indian Home Minister Rajnath Singh had stated that “10,000 first-time” stone pelters in Jammu and Kashmir had been granted amnesty.

“The children of Jammu and Kashmir are assets for the country,” Singh said. “We understand that some people are misleading them into stone-pelting. Children can make such mistakes. That’s why we decided to withdraw the cases against those children who were involved in stone pelting. We’ve withdrawn cases against 10,000 first-time offenders.”

The then Director General of Police (DGP), Dr Shesh Paul Vaid had been authorised by the government to review the cases of 2016-17. “There are cases against 5,500 people and the committee, which I am chairing, is examining them,” Vaid had said.

However, police records show that around 1,000 persons were “multiple-time offenders” and did not qualify for amnesty in the first place, bringing the actual number down to near about 4,500.

While the fate of the rest is not clear, an RTI reply from north Kashmir’s Sopore showed that only 57 people out of 726 have been granted amnesty from 2016- June 2018. Further, the RTI clearly reveals that there’s no single set of provision set by authorities for granting amnesty. “It gives me immense satisfaction to restart the process of withdrawing FIRs against first time offenders of stone pelting. My government had initiated the process in May 2016 but it was unfortunately stalled due to the unrest later that year,” the then Chief Minister, Mehbooba Mufti had tweeted. “This confidence building measure reaffirms the Central government’s commitment towards changing the narrative in J&K and creating a reconciliatory atmosphere for sustained dialogue.”

On his visit to Srinagar on May 19, 2018, Indian premier Narendra Modi also referred to the scheme, while appealing for “peace” in the Valley.

Kashmir Valley, however, is not new to amnesty schemes. In August 2011, former chief minister Omar Abdullah announced amnesty for youth involved in over 1,200 cases of stone pelting during the 2010 street uprising.

Lately, amnesty for “first-time stone-pelters” was announced following the appointment of Dineshwar Sharma. The former IB Chief was appointed as a special representative in October 2017 to hold dialogue with all stakeholders in the state.

Human rights activists in the Valley, however, are dismissive of the latest amnesty initiative, which was touted as a confidence-building measure. According to well-known Human Rights defender and chairman International Forum for Justice, Mohammed Ahsan Untoo, the “offenders” are often booked on multiple charges and this makes amnesty almost impossible.

“The government of India had initiated a rehabilitation policy for surrendered militants that proved to be a failure, so has been the amnesty scheme for first time stone pelters,” Untoo said.

Most of the “offenders” were charged under following sections of the Ranbir Penal Code (RPC)—147: Rioting; 148: Rioting, armed with deadly weapon; 149: Being part of an unlawful assembly guilty of offence committed in prosecution of common object; 152: Assault or obstruction of public servant suppressing a riot; 427: Mischief causing damage worth Rs 50, considered minor offences; 336: Act endangering life or personal safety of others; 307: Attempt to murder.

Handling hundreds of such cases, a lawyer Mir Urfi believes that the amnesty process is ambiguous in nature, as it’s not clear who’s eligible for it. “Only a small number of people have been benefited from the scheme,” the lawyer said. “Even if they’re acquitted in the end, the process is time consuming, hence ruining their careers.”

Also, there’s no clarity on a whole range of crimes under the amnesty provision. For instance, what constitutes a “heinous crime”, which the RTI response says, will not be considered for amnesty.

“The cases are still going on in the courts and amnesty is only given in terms of their release,” Mirwaiz Umar Farooq said, while criticizing the amnesty scheme. “With daily harassment by security agencies, these boys are forced to take extreme steps. This is just a mere PR exercise by the government.”