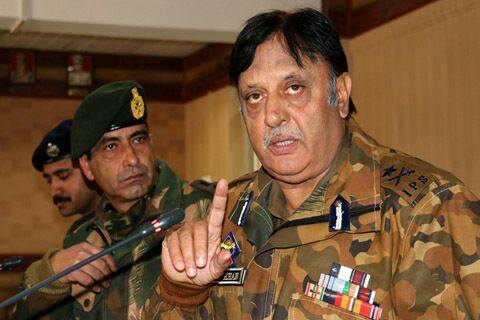 Srinagar: The state police on Saturday said that conduct of Panchayat elections in Jammu and Kashmir is more challenging than the recently held Urban Local Body (ULB) polls. Police also said that anti-militancy operations from last couple of days are ‘successful as the flow of information was good’.

“Panchayat elections are more challenging than the recently held Urban Local Body polls keeping in view the fact that much larger population is likely participate in Panchayat elections,” said Muneer Khan, Additional Director General of Police (ADGP) Law & Order, talking to reporters after participating in a wreath laying ceremony of a CISF personnel.

Talking about the preparation for Panchayat elections Khan said, “though challenges are huge than the urban local body elections but major successes against militants have frustrated the militants. We are prepared to ensure incident free polls and a peaceful atmosphere during the Panchayat elections.”

He said that the attacks on armed forces was ‘frustration on part of the militants due to the successful anti-militancy operations from last couple of days, which left at least eight militants dead’.

Khan added that anti-militancy operations depend upon the information. “There are ups and downs in militancy related operations but we have to do our work. We intend to keep on doing such operations.”

When asked about the statement made by Army Chief, Khan said, “Army chief is a senior officer and I have no mandate to comment over it as I am very junior to him.”