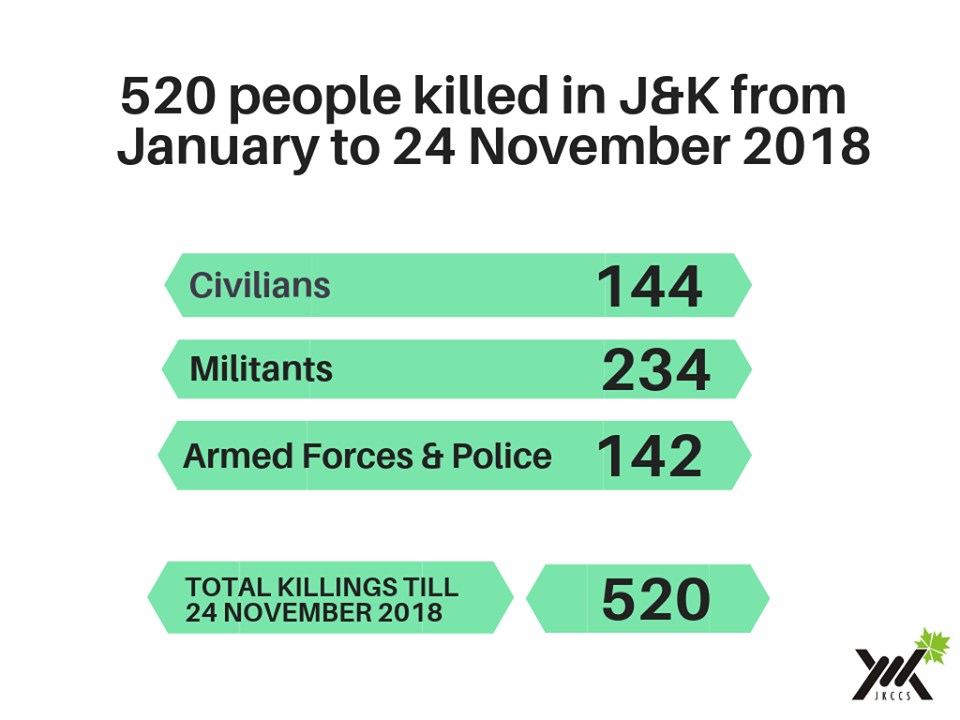 According to the break up provided by the JKCCS, from January 2018 to November 2018, 144 civilians, 234 militants and 142 Armed forces were killed in the state.

The report also mentioned that the civilian killings at gunfight sites in 2017 was the highest ever with 19 people being shot dead by the armed forces across the valley during gunfights.