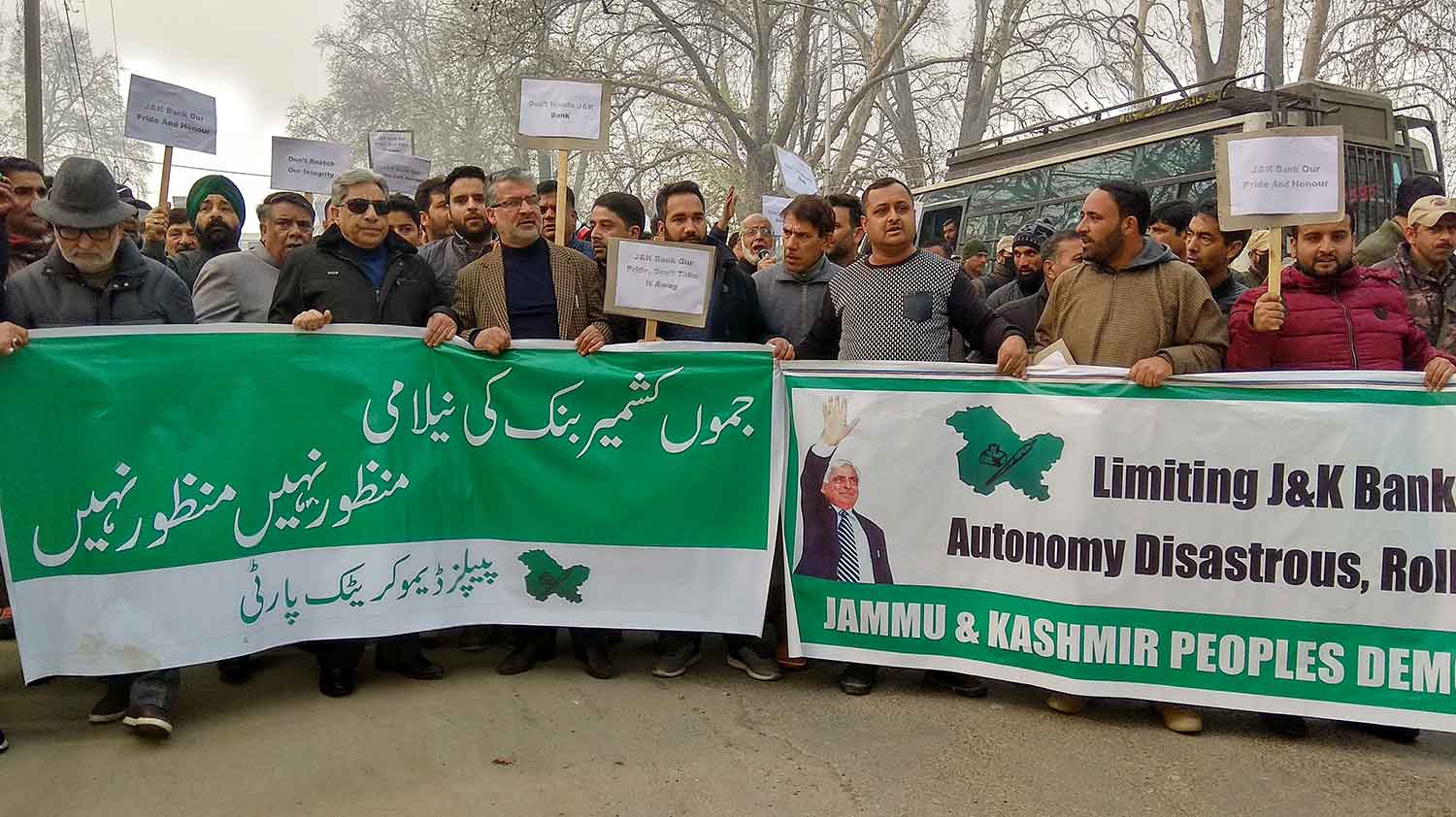 Srinagar: Peoples Democratic Party (PDP) on Thursday organised a protest rally demanding the revocation of the recent government order on J&K Bank declaring it to be as a Public Sector Undertaking (PSU).

Several PDP leaders, activists were led by former works minister Naeem Akhtar rallied from the party headquarters and marched towards the Press Enclave in Srinagar, summer capital of Jammu and Kashmir.

However, a police party intercepted them at Polo View and prevented them from marching ahead.

The protesters were chanting slogans like ‘JK Bank Is Ours’, and ‘Roll Back SAC decision’.

“Turning J&K Bank into a PSU is an assault on the economy of Jammu and Kashmir. We want to tell governor Sahab to revoke it,” said Akhtar while talking to reporters. “We won’t relent (until the order is revoked).”

The Jammu and Kashmir Governor Satya Pal Malik, in an interview with Indian Express, stated that only people with “personal or political interests” in J&K Bank are opposing the move to turn the bank into a Public Sector Undertaking (PSU) and the opposition is “without merit”.