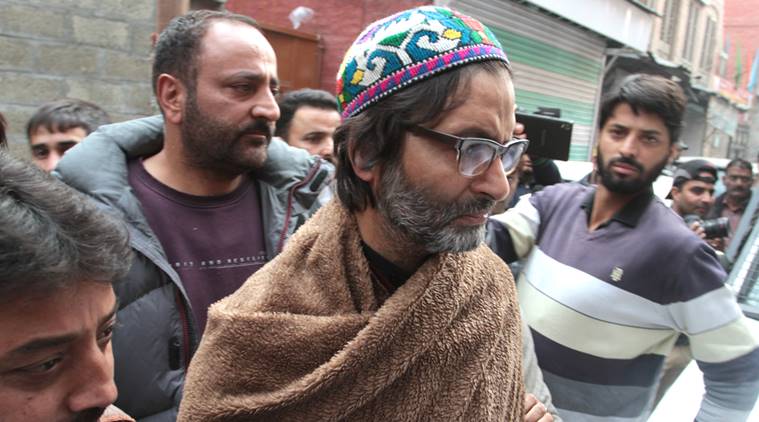 A Delhi court on Wednesday sent JKLF chief Yasin Malik to NIA custody till April 22 after the agency sought his custodial interrogation in connection with a case related to ‘funding of separatists and terror groups’ in Jammu and Kashmir.

Malik was produced before special judge Rakesh Syal where the National Investigation Agency arrested him inside the courtroom and sought 15-day custodial interrogation.

The proceedings in the case were heard in-camera. He was shifted to Delhi’s Tihar Jail on Tuesday after the NIA secured his production remand in connection with the terror funding case.

Malik will be facing questions from the NIA related to funding of his organisation.

The Jammu and Kashmir High Court has reserved its judgment on a plea of the CBI for reopening three-decade-old cases in which Malik was an accused.

In March, Malik was booked under the Public Safety Act (PSA), and shifted to Kot Balwal jail in Jammu. Before being slapped with PSA, he was detained on February 22, and lodged at Kothibagh police station.

On March 22, the Jammu Kashmir Liberation Front was banned by the Government of India under ‘anti-terror’ law.